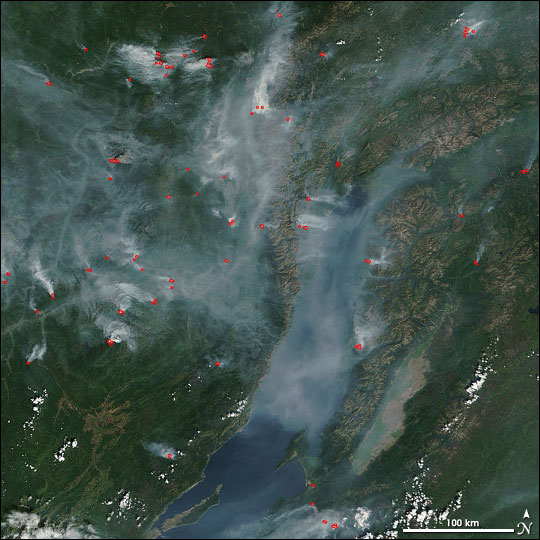 On August 6, 2005, the Moderate Resolution Imaging Spectroradiometer (MODIS) on NASA’s Terra satellite captured this image of dozens of fires burning in the area surrounding Lake Baikal in south-central Russia. Actively burning fires that MODIS detected are marked in red, while smoke hangs over the lake itself. In the summer months, Russia's boreal forests are prone to fires, both natural ones started by lightning strikes and people-caused fires.

The high-resolution image provided above is 250 meters per pixel. The MODIS Rapid Response System provides this image at additional resolutions.