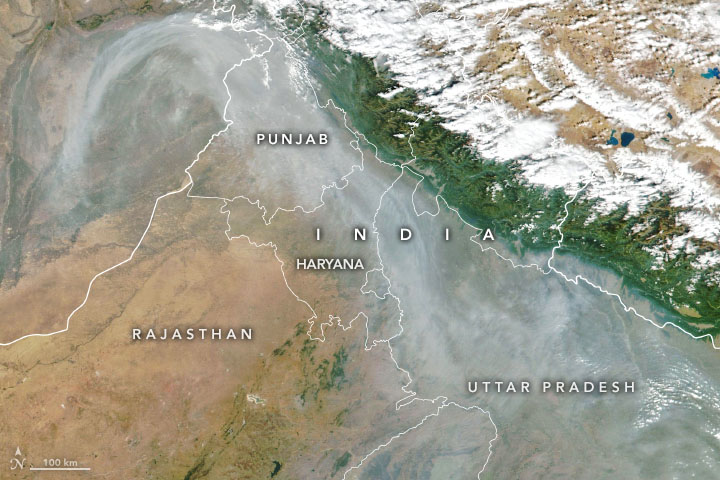 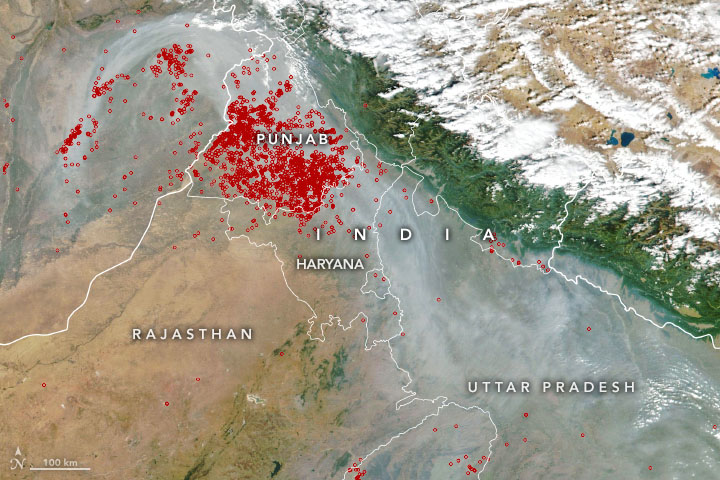 When the Visible Infrared Imaging Radiometer Suite (VIIRS) on the Suomi NPP satellite captured this natural-color image on November 1, 2022, a plume of smoke curled from northeastern Pakistan to the Indian states of Punjab, Haryana, and Uttar Pradesh. Use the slider tool to see the locations of active fires observed by VIIRS that afternoon.

Many farmers, particularly in the states of Punjab and Haryana, use fire as a fast, cheap way to clean up and fertilize fields before planting winter crops. However, a surge of smoke in the heart of the densely populated Indo-Gangetic Plain often contributes to a sharp deterioration of air quality across the region, including in the capital city of Delhi.

The air quality index rose as high as 424 on November 1, 2022, according to India’s Central Pollution Control Board, enough to put it into the “severe” category. The high pollution levels prompted a halt in construction in Delhi and calls for people to work from home.

Smoke from crop fires is not the only contributor to the hazy skies in the region. Influxes of dust sometimes arrive from the Thar Desert to the west, as happened on October 31. An array of other human-caused sources of air pollution come from cities, including motor vehicle fumes, industrial and construction activity, fireworks, and fires for heating and cooking.

Measurements of particulate matter, including the small particles known as PM2.5, can be used as a proxy for air quality. According to one analysis of Delhi’s air pollution, stubble burning contributed 14 percent of PM2.5 in Delhi on November 1. Prior to the start of widespread crop fires, the percentage ranged from 1 to 3 percent.

The crop-burning season is just beginning and typically continues for two to three weeks. Hiren Jethva, a senior research scientist with University of Maryland, Baltimore County and Morgan State University, uses satellite observations to monitor the fires each year. Based on measurements of the “greenness,” or Normalized Difference Vegetation Index (NDVI), of the rice crop during the summer, he expects NASA’s Aqua satellite will observe about 15,000 fires by late-November, which would make this the 5th most active season since 2002 (following 2021, 2020, 2016, and 2012). As of November 2, Aqua had detected about 2,000 fires.

Seasonal fires and a mix of other pollutants darkened skies in Delhi and beyond. 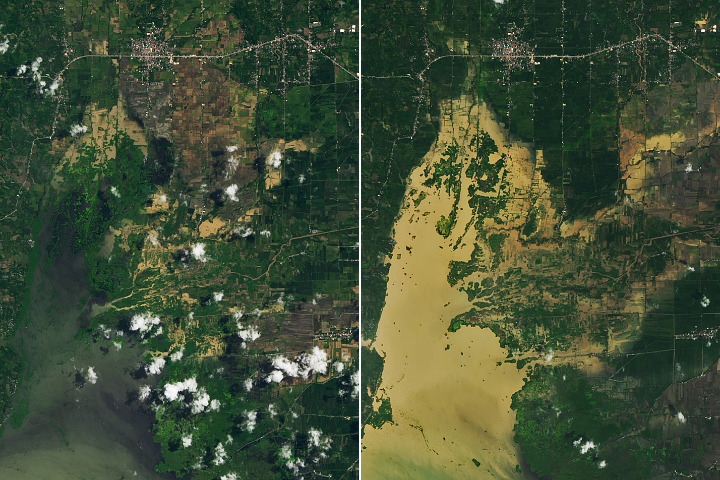 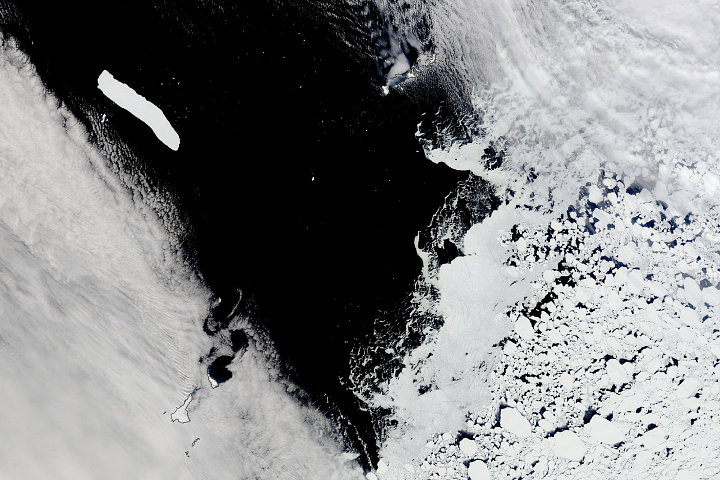 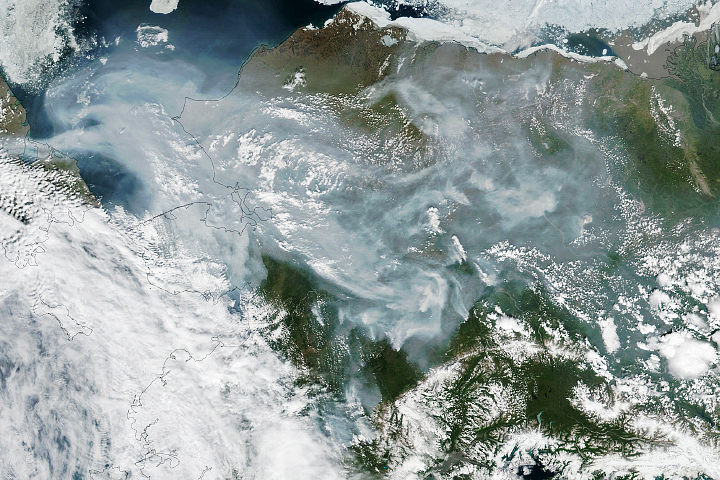