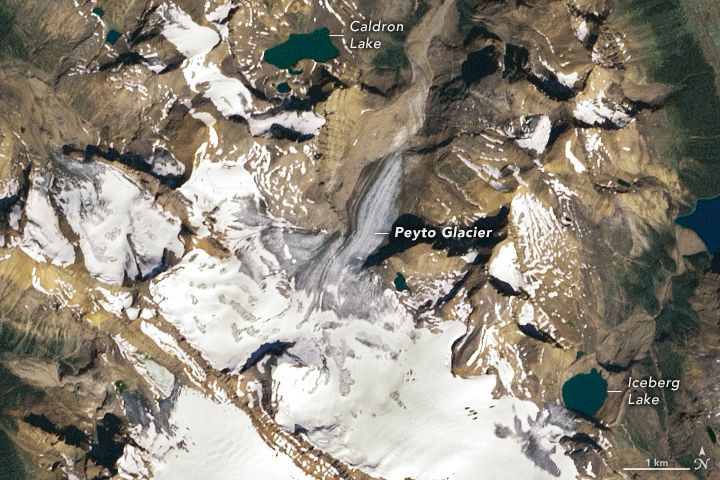 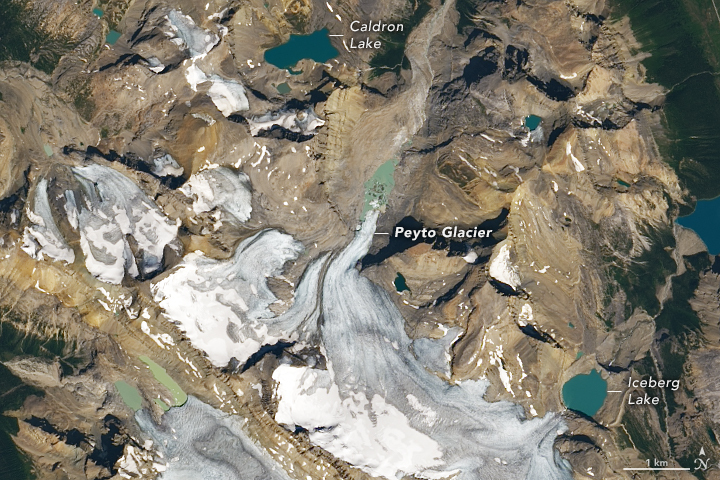 Peyto Glacier in Banff National Park is among the most closely monitored glaciers in the world. In 1968, the United Nations selected Peyto as a reference glacier for the International Hydrological Decade research initiative. Ever since, teams of scientists have traveled to the Canadian Rockies regularly to conduct field work and calculate changes in the mass of the glacier, providing the scientific community with a longer and more detailed data record for Peyto than most other glaciers.

In most years, Peyto has lost far more mass than it gained, according to data published by the World Glacier Monitoring Service. Experts say, Peyto lost about 70 percent of its mass during the past 50 years.

The extent of the change is visible in satellite imagery acquired by the Landsat program. The natural-color images above show the glacier in 1999 and 2021. As the glacier has thinned and narrowed, the terminus has retreated by about 1 kilometer (0.6 miles). A growing lake of meltwater now sits near the terminus.

Most observers attribute the ice losses to rising summer temperatures. In 2021, this area faced a record-breaking summer heat wave, while wildfires raged west of Banff National Park. According to some scientists, heat-absorbing soot from wildfire smoke has been accumulating on top and may be accelerating the rate of ice loss. Winter snowfall accumulation, in contrast, has remained roughly the same over the decades.

Some experts estimate the glacier will lose about 85 percent of its current mass by 2100. Meltwater from the glacier helps sustain the North Saskatchewan River, and the degradation and eventual loss of this glacier could have significant impacts on people in Alberta and Saskatchewan who are accustomed to using the river’s water.

The retreat is not limited to Peyto Glacier. Notice in the wider version of the image how several other glaciers in the Wapta Icefield have also lost significant area since 1999, including Yoho Glacier.

Scientists have been observing Peyto Glacier in Alberta since the 1960s. 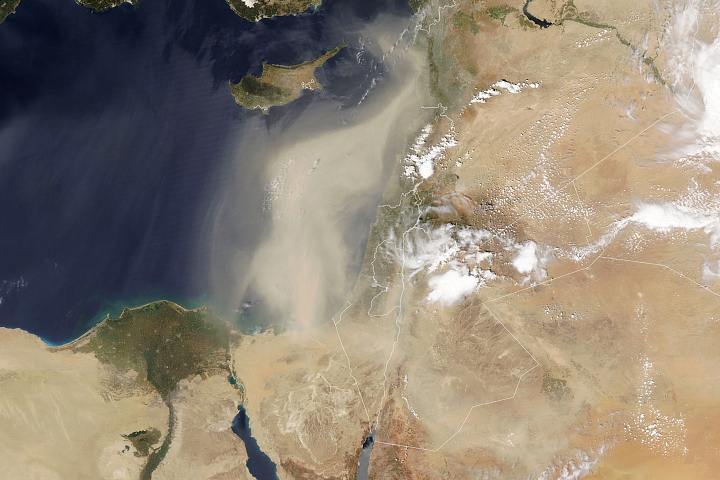 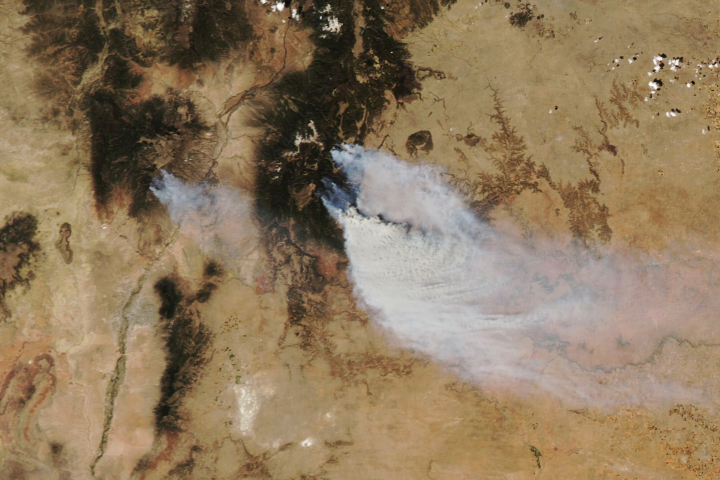