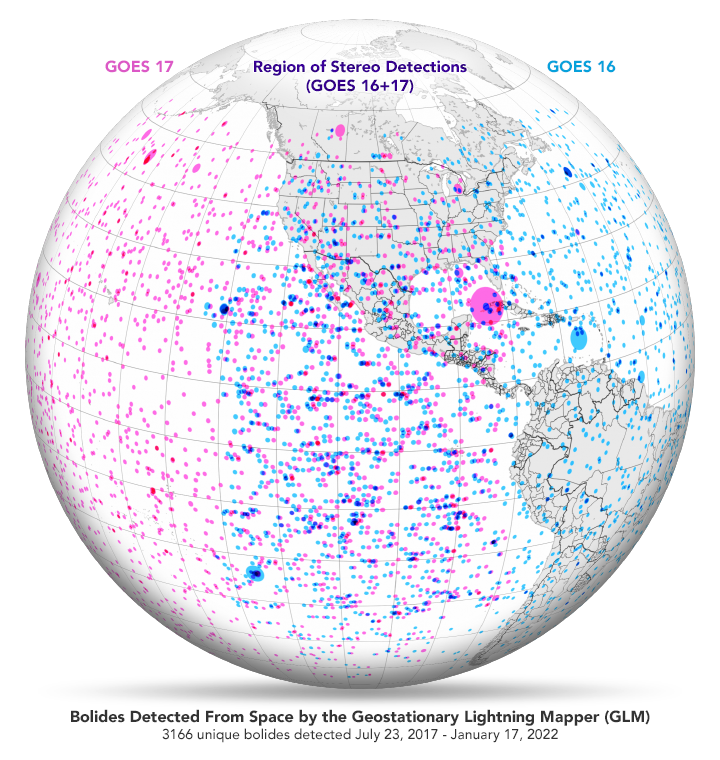 The new year began with a bang in Pittsburgh, Pennsylvania. Early on New Year’s Day, many local residents heard a loud boom and felt the ground shake, prompting calls to 911. Allegheny County quickly acknowledged the event, noting that it wasn’t an earthquake or thunder and admitting “we have no explanation for the reports.”

The culprit was later confirmed by NASA Meteor Watch: it was a bolide, a very large, bright fireball (a meteor brighter than Venus). The meteor was estimated to be half a ton, a yard wide, and traveling about 45,000 miles per hour. When it exploded in the atmosphere, it released the energy equivalent of a 30-ton TNT blast that was recorded by detectors at an infrasound station near Pittsburgh.

While there are a few space-based bolide detection programs around the world, the majority are ground-based—including the NASA Meteorite Tracking and Recovery Network and the NASA All-Sky Fireball Network. Yet most bolides enter the atmosphere over the 70 percent of Earth that is covered by ocean.

“Bolides are rare and, due to the limited observational areas of ground-based systems, very few bolides are detected from the ground—perhaps only a couple a year,” said Jeffrey C. Smith, a data scientist at the SETI Institute and the principal investigator on a cooperative project with the Asteroid Threat Assessment Project at NASA’s Ames Research Center. “Bolide explosions are also very quick, typically lasting just a fraction of a second, so very fast detectors are needed.”

Recently, scientists figured out that they have such a detector, even though it was not designed to detect space rocks hurtling through the atmosphere. In 2018, astronomer Peter Jenniskens (also of SETI and NASA Ames) and colleagues showed that the Geostationary Lightning Mapper (GLM) aboard NOAA’s GOES-16 weather satellite could be used to observe the fleeting flashes of bolides. The GLM samples transient light at a rate of 500 frames per second. It can detect bolides from about 4 inches (1 decimeter) up to about 9 feet (3 meters) wide.

Two years ago, Smith and colleagues began developing and training a machine learning algorithm to have computers automatically detect bolides in GLM data. Their goal was to build a publicly available database of bolide events and their light curves—the trajectories and intensity of the light streaks they left across the sky. Smith and his team described their work in the journal Icarus in November 2021.

Bolides that are observed by both GOES-16 and -17 are recorded in stereo. On the map, the slight offset between the stereo detections is due to the different perspectives from which they were viewed by each satellite. Stereo detection allows researchers to reconstruct the trajectories of the bolides through the atmosphere. These data, along with the light curves, are helpful for modeling how asteroids enter the atmosphere, break up, and impact Earth. Such data also can inform models that assess the risk of larger meteor impacts, while aiding asteroid population studies that improve our understanding of the evolution of the Solar System.

From 22,300 miles up, #GOESEast’s Geostationary Lightning Mapper (#GLM), caught an exploding #meteor near Pittsburgh on Jan. 1. Some residents reported hearing an associated "boom."

No humans observed the New Year’s Day bolide over Pittsburgh, where skies were overcast, but the GLM detected four bright flashes of light. It was not a particularly bright bolide or even the brightest one recorded that day, Smith said. The others were just over the ocean or in rural areas, where they were less likely to be seen.

“This is one of the great things about using a geostationary satellite—we can detect events in very remote areas that are missed by ground observers,” Smith said. The geostationary orbits of GOES satellites allow them to monitor the Western Hemisphere from 55 degrees north latitude to 55 degrees south. While the coverage is not global, it allows scientists to capture an unprecedented number of meteors in data that is accessible to the public. “Right now, GLM is the only accessible tool available to get hemispherical-wide coverage to search for bolides.”

Currently, the events identified by the computer algorithm are reviewed by humans before being added to the database. After several iterations of the program, the computer is getting pretty good at correctly identifying bolides. “Four out of every five detections we make is legit,” Smith said. “A very small amount of manual vetting is now necessary to weed out the false positives.”

The team’s goal is to improve the detection precision enough so that humans are not required in the process, Smith said. “Then we can automatically post our bolide detections very soon after the events occur, perhaps within a minute.” 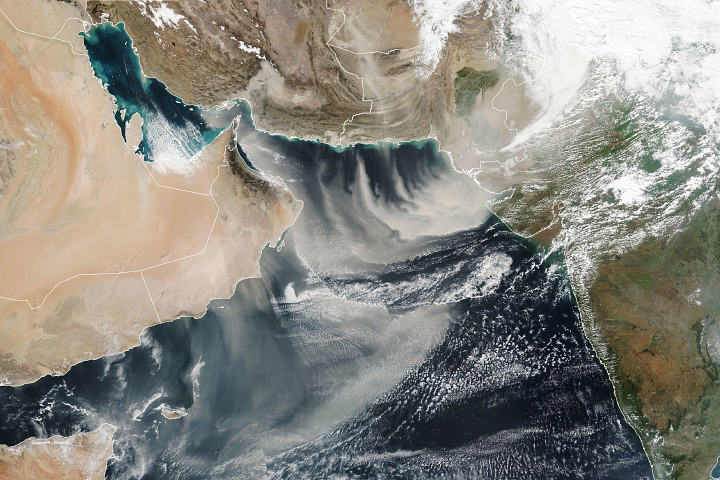 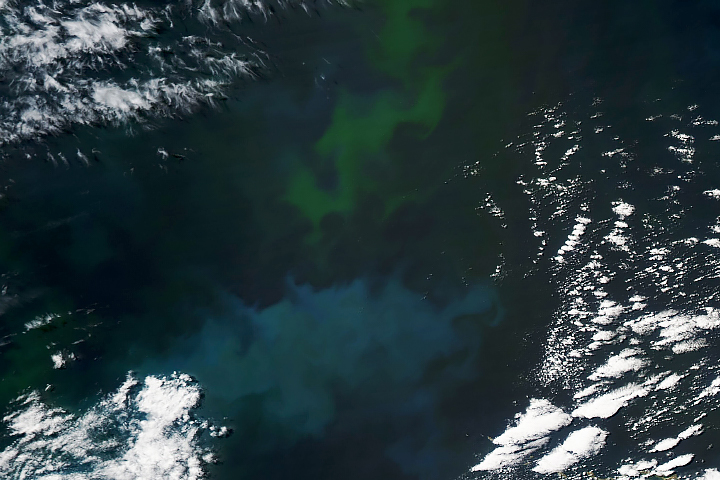 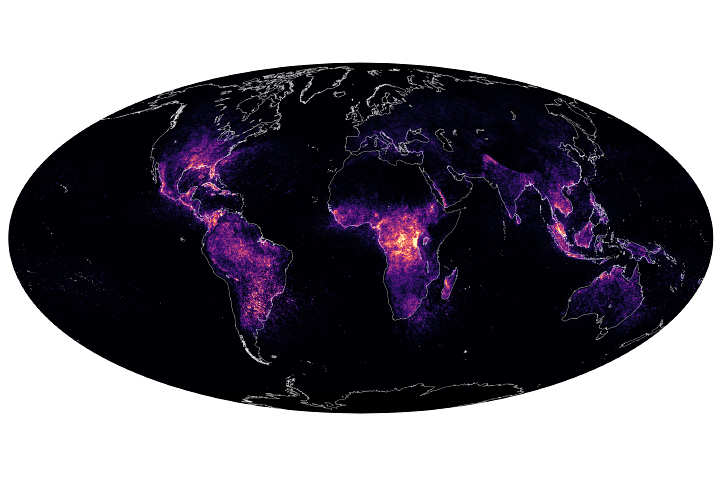