A New Start for Iberá 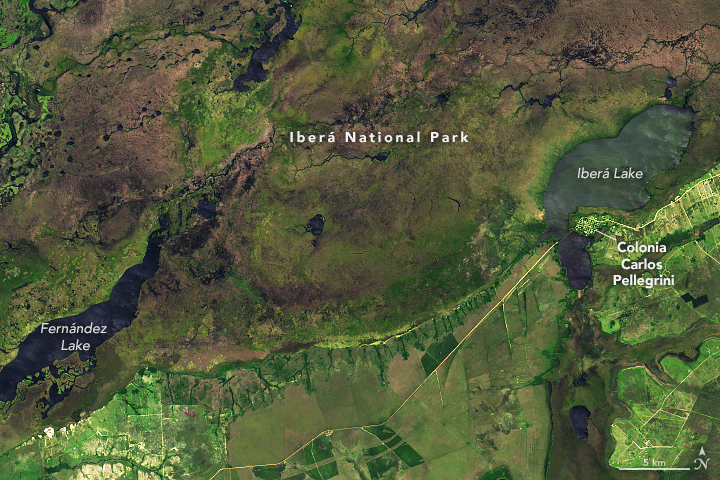 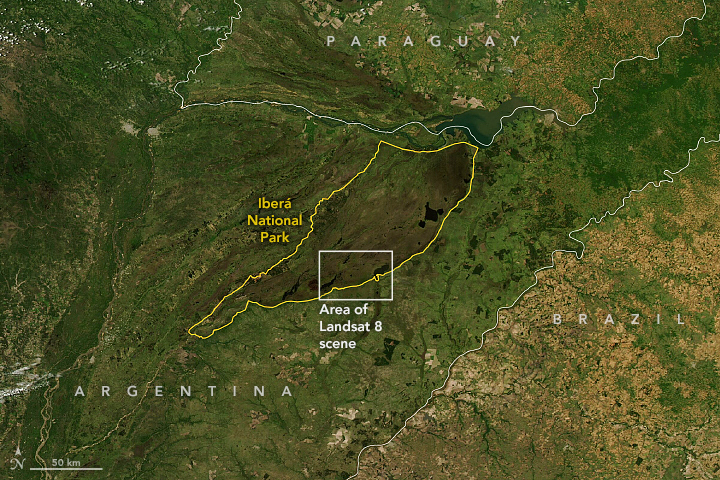 The image above, acquired on November 20, 2021, by the Operational Land Imager (OLI) on Landsat 8, shows part of Iberá National Park in northeast Argentina. Created in 2018 with land acquired by conservation groups and then donated to the government of Argentina, the park spreads across 1370 square kilometers (530 square miles) in the Corrientes Province. Some 4,000 species of flora and fauna live there, almost 30 percent of the total recognized in Argentina. The image of the whole park was acquired by the Moderate Resolution Imaging Spectroradiometer (MODIS) on NASA’s Aqua satellite.

The land to the west of Colonia Carlos Pellegrini in the Landsat image was used by a cattle ranch decades ago. After philanthropists bought the land, hundreds of miles of fences were taken down and cattle were moved out of the area. The property was converted into a lodge for visitors to the park.

As natural ecological processes reassert themselves, conservationists are pursuing a "rewilding" program that aims to bring back the animals that human activity drove from the area. The list includes jaguars, giant river otters, pampas deer, collared peccary, red-and-green macaw, bare-faced curassow, and the red-legged seriema.

Where cattle once roamed, a national park has taken root in Argentina. 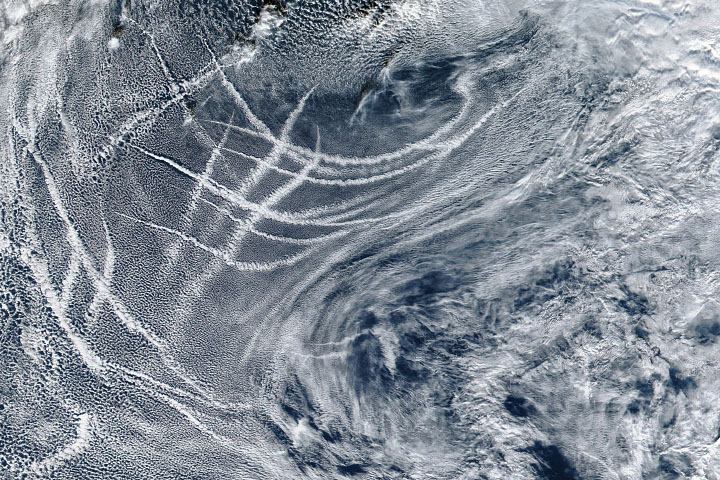 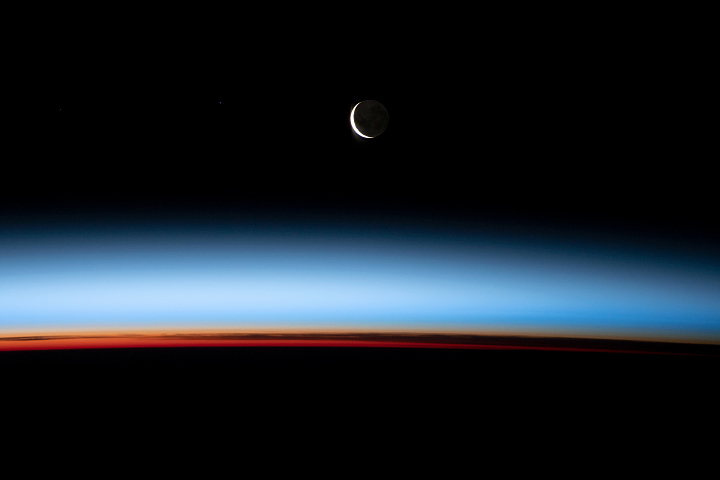