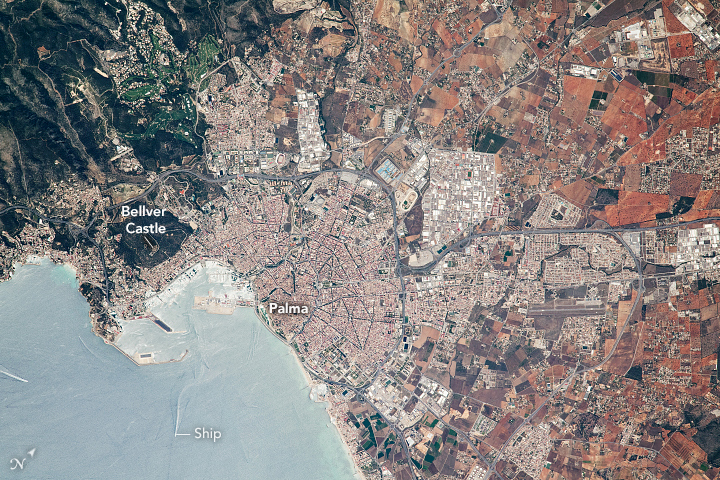 The city and port of Palma is captured in great detail in this photograph taken by an astronaut from the International Space Station (ISS). This capital city of the Balearic Islands (part of Spain) is situated on the largest island of Mallorca, east of the Iberian Peninsula in the Mediterranean Sea. Sunglint highlights boat wakes throughout the marinas and the greater Bay of Palma.

Palma has a rich history that has been influenced by several civilizations, including the Roman Empire, the Byzantine Empire, and the Moors, before becoming a province of Spain. This compact coastal city and its port continues to act as a pivotal location along Mediterranean trade routes, and it is the largest port in the Balearic Islands today.

Overlooking the city is the Bellver Castle, built in the 14th century as a royal residence for the rulers of Mallorca. The castle has seen many different uses over the years, and it is now one of the island’s main tourist attractions and home to the Palma History Museum.

Astronaut photograph ISS065-E-93057 was acquired on June 7, 2021, with a Nikon D5 digital camera using a focal length of 1150 millimeters. It is provided by the ISS Crew Earth Observations Facility and the Earth Science and Remote Sensing Unit, Johnson Space Center. The image was taken by a member of the Expedition 65 crew. The image has been cropped and enhanced to improve contrast, and lens artifacts have been removed. The International Space Station Program supports the laboratory as part of the ISS National Lab to help astronauts take pictures of Earth that will be of the greatest value to scientists and the public, and to make those images freely available on the Internet. Additional images taken by astronauts and cosmonauts can be viewed at the NASA/JSC Gateway to Astronaut Photography of Earth. Caption by Laura Phoebus, Jacobs, JETS Contract at NASA-JSC. 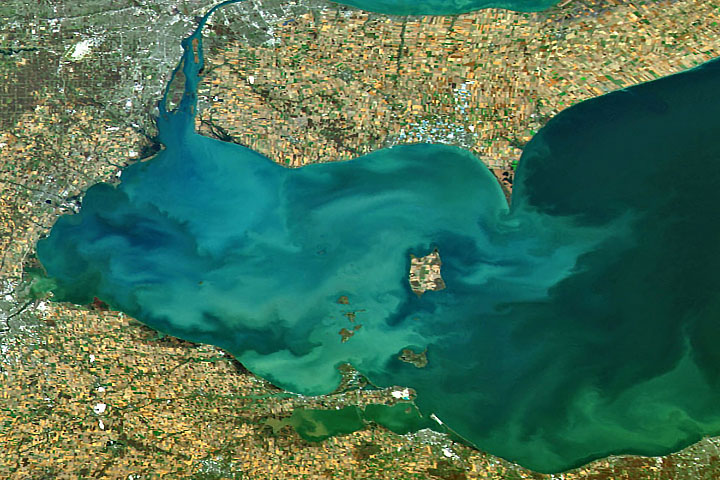 Kyiv is rich in the history of western civilization. It was a trade center on the Baltic-Black Sea route in the 11th and 12th centuries, and one of the major cities in the Christian world, until Mongol invaders destroyed the city in 1240. Some of the 11th-century cathedrals, which contain famous artifacts, remain standing and have been restored.