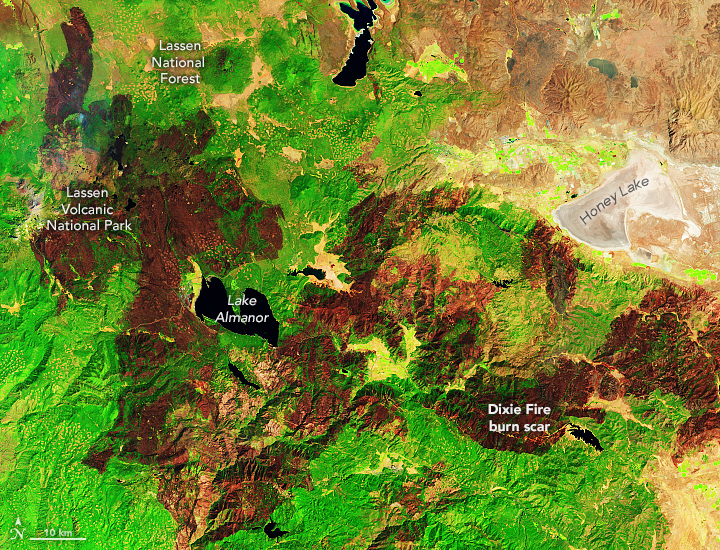 If it seems like enormous wildfires have been constantly raging in California in recent summers, it's because they have. Eight of the state’s ten largest fires on record—and twelve of the top twenty—have happened within the past five years, according to the California Department of Forestry and Fire Protection (Cal Fire). Together, those twelve fires have burned about 4 percent of California’s total area—a Connecticut-sized amount of land.

Two recent incidents—the Dixie fire (2021, above) and the August fire complex (2020)—stand out for their size. Each of these burned nearly 1 million acres—an area larger than Rhode Island—as they raged for months in forests in Northern California. Several other large fires, as well as many smaller ones in densely populated areas, have proven catastrophic in terms of structures destroyed and lives lost. Thirteen of California’s twenty most destructive wildfires have occurred in the past five years; they collectively destroyed 40,000 homes, businesses, and pieces of infrastructure. 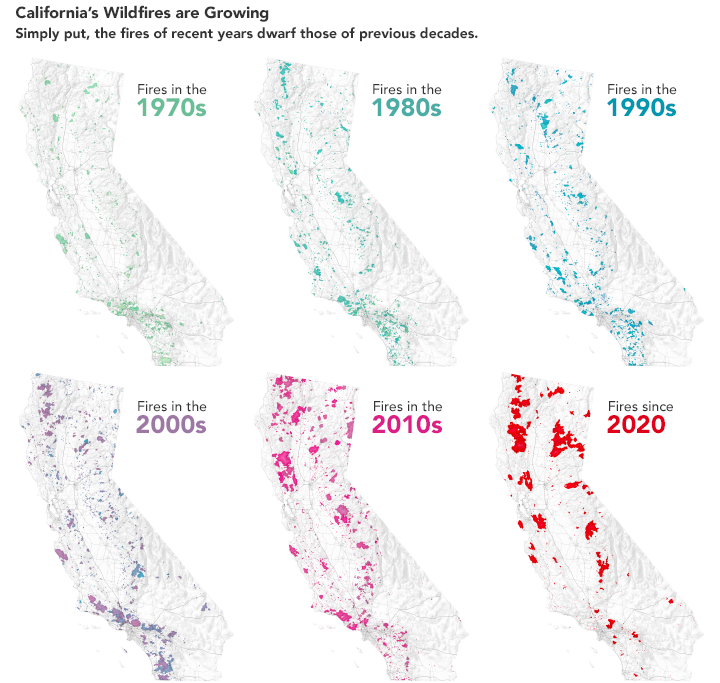 The total area burned by fires each year and the average size of fires is up as well, according to Keith Weber, a remote sensing ecologist at Idaho State University and the principal investigator of the Historic Fires Database, a project of NASA’s Earth Science Applied Sciences program. The database shows that about 3 percent of the state’s land surfaces burned between 1970-1980; from 2010-2020 it was 11 percent. The shift toward larger fires is clear in the decadal maps (above) of fire perimeter data from the National Interagency Fire Center.

“The numbers are really worrisome, but they are not at all surprising to fire scientists,” said Jon Keeley, a U.S. Geological Survey scientist based in Sequoia National Park. He is among several experts who say a confluence of factors has driven the surge of large, destructive fires in California: unusual drought and heat exacerbated by climate change, overgrown forests caused by decades of fire suppression, and rapid population growth along the edges of forests.

The effects of all these fires are dramatic from the ground and from space. The false-color image at the top of the page, captured by the Operational Land Imager (OLI) on Landsat 8, shows the burn scar left by the Dixie fire. The blaze destroyed 1,329 structures and cost hundreds of millions of dollars to fight. The photograph below shows charred forests in Plumas National Forest in the wake of the Dixie fire. 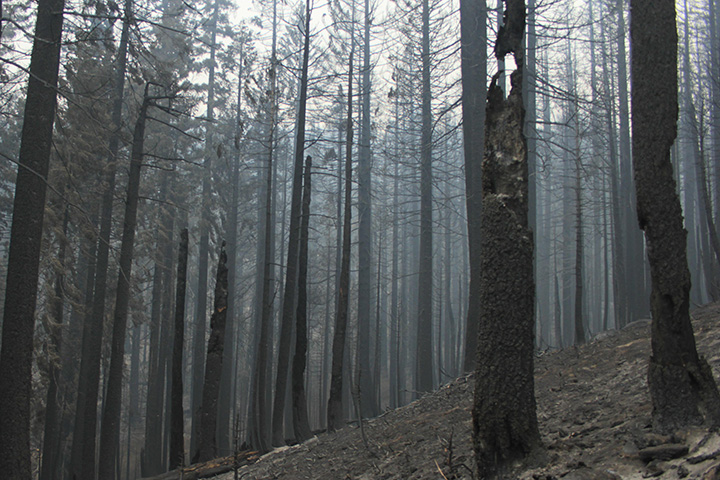 “The current drought is unprecedented,” said Keeley. “Each of the past three decades has had substantially worse drought than any decade over the last 150 years.” In the short-term, drought exacerbates fires by sapping trees and plants of moisture and making them easier to burn. Over the long-term, it adds vast amounts of dead wood to the landscape and makes intense fires more likely.

The 2020-2021 drought has been especially extreme. “The last two years in California have brought compound drought conditions—effectively, very dry winters followed by relentless summer heat and atmospheric aridity,” explained John Abatzoglou, a climate scientist at the University of California, Merced. “This has left soil and vegetation parched across much of California, so the landscape is capable of carrying fire that resists suppression.”

Data from the Western Regional Climate Center indicates that the northern two-thirds of the state received only half of normal rainfall over the past few years. The U.S. Drought Monitor has categorized about 85 to 90 percent of California as experiencing “exceptional” or “extreme” drought for all of summer 2021. And the period between September 2019 and August 2021 ranked as the second-driest on record for the state, according to data from the National Centers for Environmental Information.

Daniel Swain, a climatologist at the University of California, Los Angeles, added that one of the most direct ways that climate change is influencing California fires is by dialing up the temperature. “Heat essentially turns the atmosphere into a giant sponge that draws moisture from plants and makes it possible for fires to burn hotter and longer,” he said. Meteorological data shows that the two-year period from September 2019 through August 2021 ranks as the third-warmest on record in California, with temperatures that were roughly 2.9° (1.6°C) degrees warmer than average. Air can absorb about 7 percent more water for every degree Celsius it warms.

Abatzoglou noted that some of the harrowing scenes across Northern California in 2020 were due to an extreme and unusual dry lightning siege in mid-August that ignited thousands of fires in one night. “But in 2021 I am less convinced of bad luck,” he said. “Climate change is aiding in the warming and the more rapid drying of fuels that predispose the land to large fires.”

This is the first part of a story about fires in California. Read part 2 here. 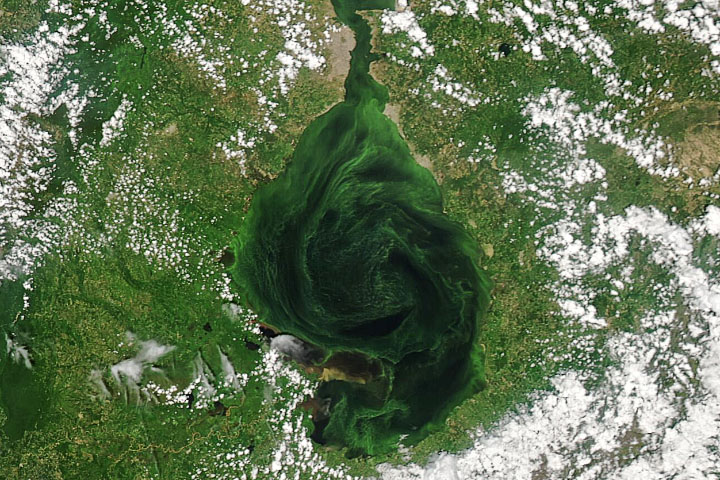