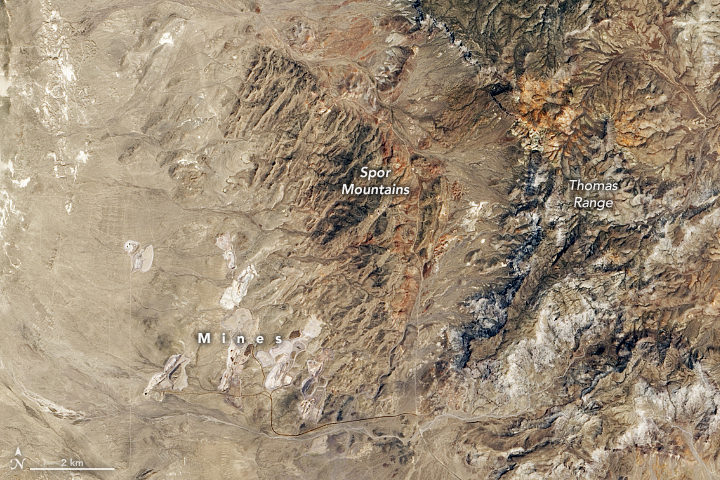 When the James Webb Space Telescope (JWST) is launched into space later this year, it will carry 18 gold-plated hexagonal mirrors that will help astronomers see back more than 13 billion years—a time when the first stars and galaxies were forming from the darkness of the early universe. Those mirrors are made of beryllium, a relatively rare metal that is one-third lighter than aluminum but has six times the specific stiffness of steel.

The beryllium used in JWST came from the area shown here — the Spor Mountain mining area in Utah. The Operational Land Imager (OLI) on Landsat 8 acquired this natural-color image of open-pit mines in the area on July 8, 2021. In the rocky ground around Spor Mountain, most beryllium is found within minerals such as bertrandite and beryl that formed 25 million years ago as lava cooled after a volcanic eruption. After excavation, the bertrandite ore gets shipped to a nearby plant, where it is crushed into a powder and mixed with water as part of a process to separate the beryllium out.

Beryllium appealed to the engineers of the James Webb Space Telescope because the stiff, lightweight metal maintains a stable shape even at extremely low temperatures. Insulated by a sun shield, JWST will operate at about 30 K (-406°F) as it orbits about 1.5 million kilometers (1 million miles) from Earth. The metal is also tough enough to withstand collisions with tiny particles in space called micrometeoroids. In the photo below, a NASA engineer looks on as the first six flight ready primary mirror segments for James Webb are prepped to begin cryogenic testing.

NASA has a long history of using beryllium from Spor Mountain. In the agency’s early years, engineers used it in the heat shield for the Project Mercury return capsule. Project Gemini used it in shingles that protected parachute enclosures. Later it was used in the space shuttles, the International Space Station, the Spirit and Opportunity rovers that landed on Mars, the Spitzer Space Telescope, and other missions.

Spor Mountain is the largest source of beryllium in the United States and the world. According to some estimates, Spor yields about 85 percent of the total produced globally. Other countries that produce beryllium include China and Mozambique.

Spor Mountain in Utah is a major source of the stiff, lightweight metal that has been used in the flagship space telescope and several other NASA missions. 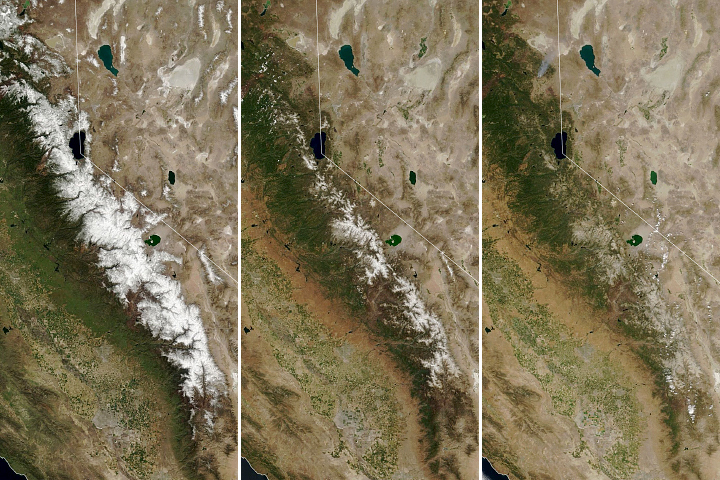 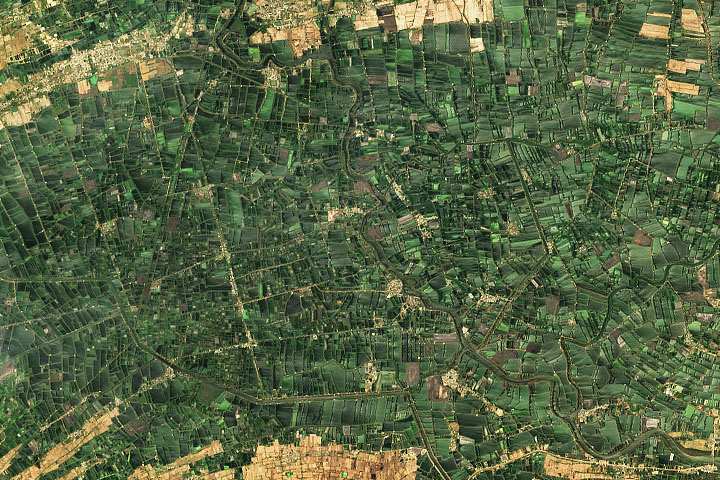 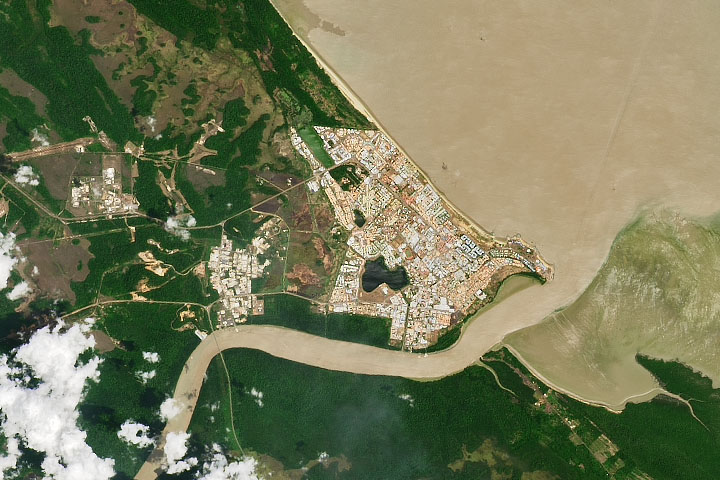