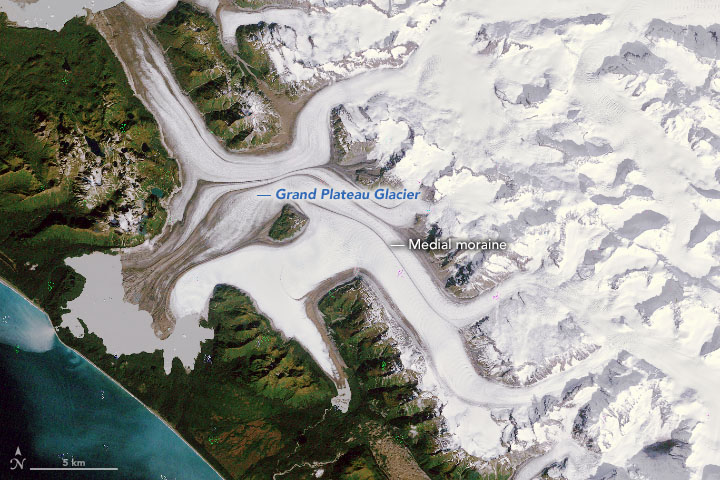 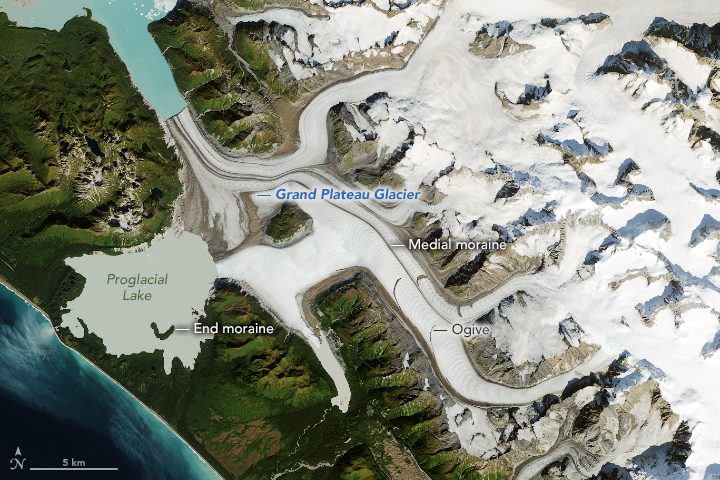 Glacier Bay National Park in southeast Alaska is famous for its glaciers that flow into the sea. A handful of these tidewater glaciers are accessible via boat, giving visitors a close-up view of towering ice fronts and dramatic calving events. But most of the park’s glaciers are inland, deep in the Alaskan wilderness, where the changes are more difficult to observe with human eyes.

“Glacier Bay National Park is a well-known and visited area that is showing significant ice loss,” said Christopher Shuman, a University of Maryland, Baltimore County glaciologist based at NASA’s Goddard Space Flight Center. “But all the glacier thinning and retreat, as well as increased debris-cover and dramatic landslides, haven’t been fully documented yet.” 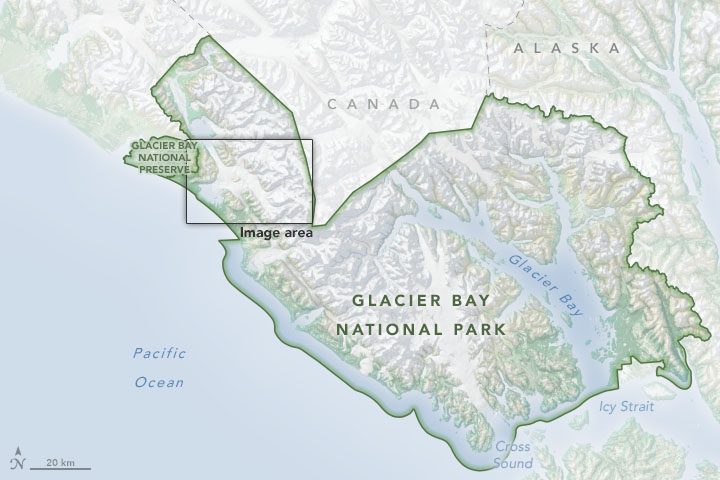 Ice was already retreating before satellites were there to observe it. At its maximum extent during the Little Ice Age, Grand Plateau Glacier reached all the way to the Pacific Ocean coastline. Since then, it has progressively retreated from a series of end moraines--debris shoveled into a heap at the front edge of the glacier when it was advancing.

In the images, a moraine near the coastline acts like a dam, trapping meltwater and forming a proglacial lake. Also note the end moraine visible poking above the surface of the lake in the 2019 image. This mound was left behind by a lobe of the glacier front that appears in the 1984 image.

Over the past 35 years, the entire flow of the glacier system changed. In the 1984 image, many of the glacier’s branches flow toward the lake to the southwest; by 2019, retreat caused some branches to change course and flow toward the northwest. Notice the change in direction of the thin brown lines tracing the flow of the glacier’s branches. These are medial moraines: rocky debris from the sides of glaciers (lateral moraines) that have merged, causing the debris to be carried down the center of the combined glacier.

Retreat is not the only change; Grand Plateau is also visibly narrowing and thinning. The island in the center of the 2019 image appears larger as ice has pulled away from its sides leaving more land exposed. The same phenomenon is apparent along the sides of the glacier, as wasting ice has exposed more of the valley walls.

Another key indicator of change is the appearance of “ogives”—the arc-shaped brown marks on the lower-right part of the glacier in 2019. Rocks that come crashing down onto the glacier are initially spread out. Over time, seasonal accelerations of the glacier compress the debris into arc-shaped bands. There is a stark absence of ogives in the 1984 image. This could be due in part to more snow cover at the time or fewer rockfalls decades ago.

“The frequency of them is concerning,” Shuman said. “There’s a chance of even more of these rockfalls as the climate continues to warm, melting mountain slopes and causing steep slopes to lose their grip.” 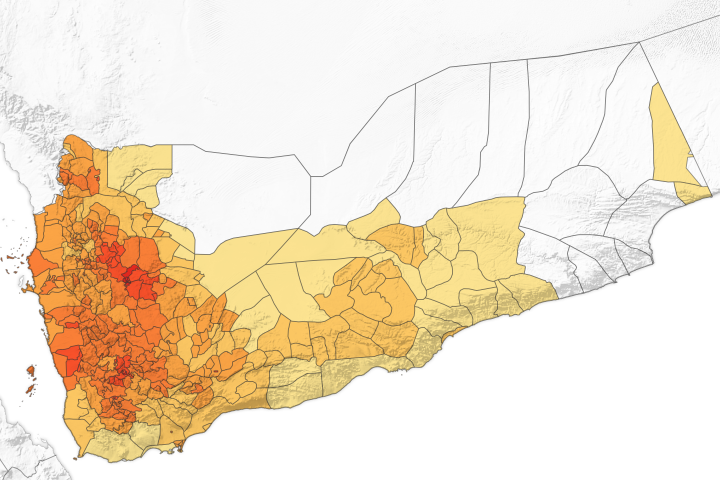