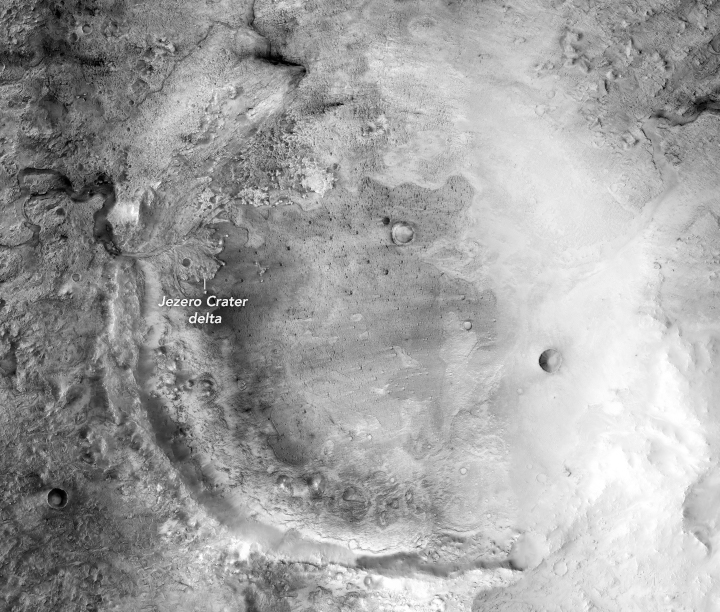 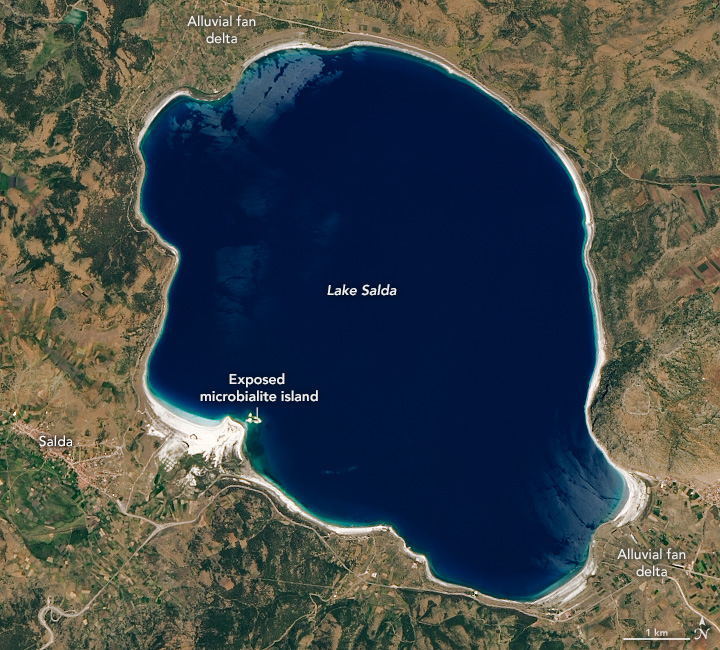 You may not be able to travel to Jezero Crater on Mars, but you can visit the next best thing: Lake Salda, Turkey. Though it is located a world away, Lake Salda shares similar minerology and geology as the dry Martian lakebed.

Researchers are using their understanding of Lake Salda to help guide the Mars 2020 mission, which will drop the Perseverance rover into the crater to search for signs of ancient life. “One of the great things about visiting Lake Salda is it really gives you a sense of what it would have been like to stand on the shores of ancient Lake Jezero,” said Briony Horgan, a planetary scientist at Purdue University and member of the Perseverance science team.

Jezero is a 45-kilometer (28-mile) wide ancient impact crater located in the northwest corner of a larger impact basin on Mars—essentially an impact crater within an impact crater. It is noteworthy because it once contained a lake, as evidenced by delta deposits. Previously, scientists discovered carbonate minerals throughout the crater. Using data taken by NASA’s Mars Reconnaissance Orbiter (MRO), Horgan and her team recently discovered evidence that some of these carbonate minerals may have formed in the lake.

“Carbonates are important because they are really good at trapping anything that existed within that environment, such as microbes, organics, or certain textures that provide evidence of past microbial life,” said Brad Garczynski, a graduate student at Purdue who works with Horgan. “But before we go to Jezero, it is really important to gain context on how these carbonates form on Earth in order to focus our search for signs for life.”

It just so happens that Lake Salda is the only known lake on Earth that contains the carbonates and depositional features (deltas) similar to those found at Jezero Crater. The first image above shows Jezero Crater as observed by MRO’s Context Camera. Spectral data showed signatures of carbonates on the western edge of the crater, which scientists believe to be the shoreline and beaches of an ancient lake. The carbonates are also present in the delta, which is the planned site of the Perseverance landing.

The second image shows Lake Salda on June 8, 2020, as observed by the Operational Land Imager (OLI) on Landsat 8. The lake contains alluvial fans full of rock deposits eroded and washed down from the surrounding bedrock (similar to the delta in Jezero). By studying how material is deposited in Lake Salda, the team can learn more about the various depositional processes at Lake Jezero.

The white shoreline around Lake Salda is comprised of sands and gravels that are dominated by hydromagnesite, which is similar to the carbonate minerals detected at Jezero. Horgan explained that the hydomagnesite sediments along Lake Salda’s shoreline are thought to have eroded from large mounds called “microbialites”—rocks formed with the help of microbes. In Lake Salda, they formed from microbial mats that lived just beneath the surface of the water near the shoreline. As the microbialities grew, they incorporated carbonate materials and created large terrace islands. 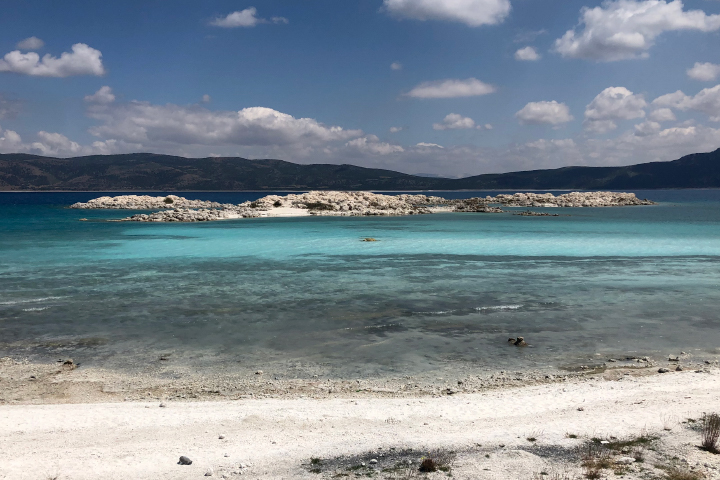 In August 2019, Garczynski took this photo of an exposed microbialite island on Lake Salda. Collaborating with colleagues at the Istanbul Technical University, the Purdue research team spent almost a week surveying the lake’s perimeter and surrounding area. Garczynski said these islands are expected to erode over time and will eventually be transported, reworked, and deposited as beach sediments along the shoreline.

“The structures themselves are good indicators that microbial activity was involved,” said Horgan. “The best case scenario is to find something like the microbialites we see in Lake Salda also preserved in the rock in Jezero Crater.”

Horgan is a co-investigator for the Mastcam-Z imaging instrument, which will serve as the main scientific eyes for the Perseverance rover. The instrument will create mosaics of Jezero, perform simple mineral identification, and map the terrain.

“A lot of our work at Lake Salda is already helping to determine which deposits are most promising to go visit on Mars,” said Horgan. “We’re excited to do the same kind of work that we were doing at Lake Salda, but now with our instruments on the ground at Jezero.”