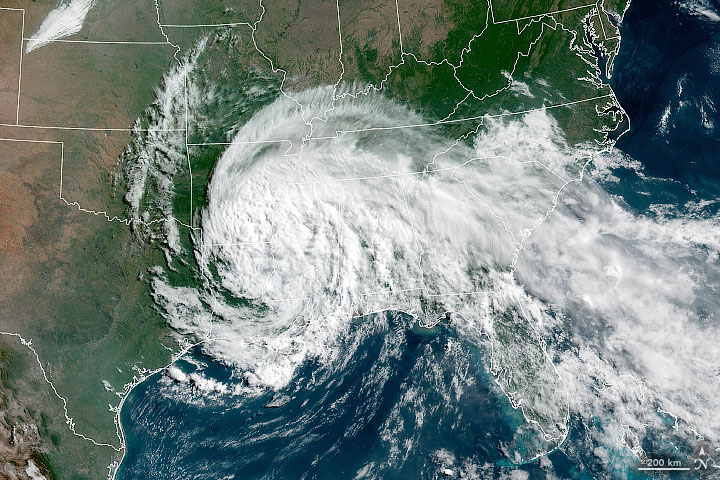 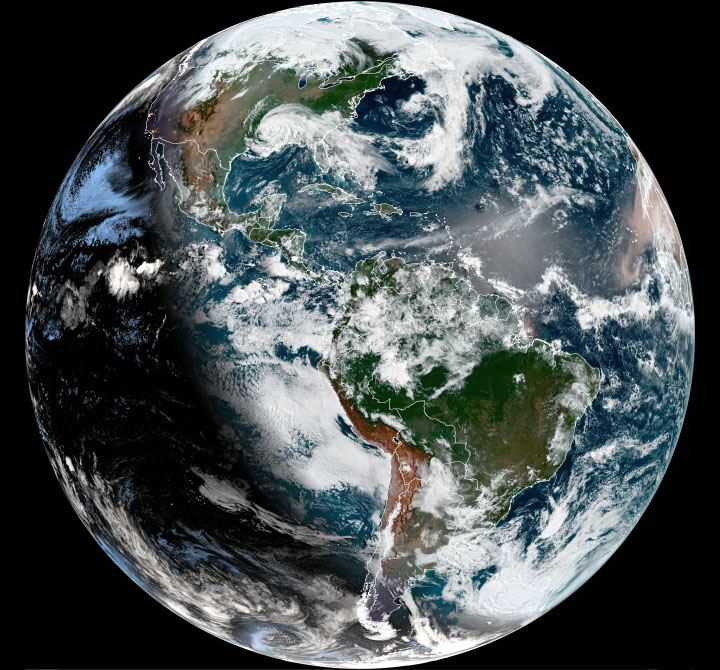 On the evening of June 7, 2020, Cristobal made landfall over southeast Louisiana as a tropical storm. When these images were acquired on June 8, the storm had weakened to a tropical depression, with sustained winds measuring 35 miles (55 kilometers) per hour. Despite the weakening, forecasters expect Cristobal to produce heavy rain as it advances northward through the Mississippi Valley.

The top image shows a detailed view of Cristobal as it moved inland over the Southern United States and away from the Gulf Coast. The second image gives a global perspective, showing the storm in context with the full disk of the Western Hemisphere.

Both images were acquired by the Advanced Baseline Imager (ABI) on GOES-16. The satellite is operated by the National Oceanic and Atmospheric Administration (NOAA), which includes the National Weather Service. NASA helps develop and launch the GOES series of satellites, which observe Earth from about 36,000 kilometers (22,000 miles) above the equator.

Prior to drenching the United States, the storm lingered over the Yucatán Peninsula for several days and dropped a tremendous amount of rain on parts of Mexico, Belize, and Guatemala.

The tropical cyclone continued to weaken as it moved inland, but still threatened parts of the United States with heavy rain.

In early September 2019, a loose chain of tropical cyclones lined up across the Western Hemisphere.