A Windbreak Grid in Hokkaido 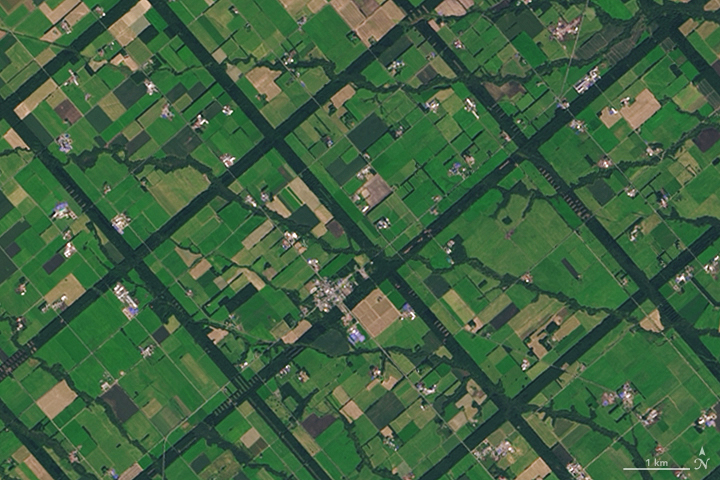 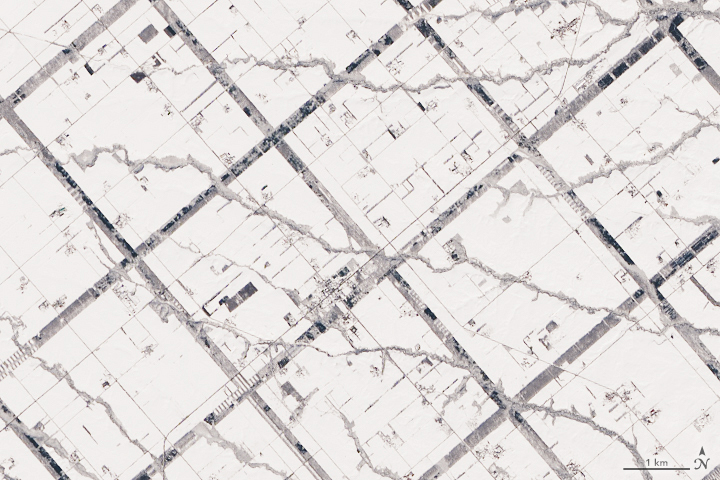 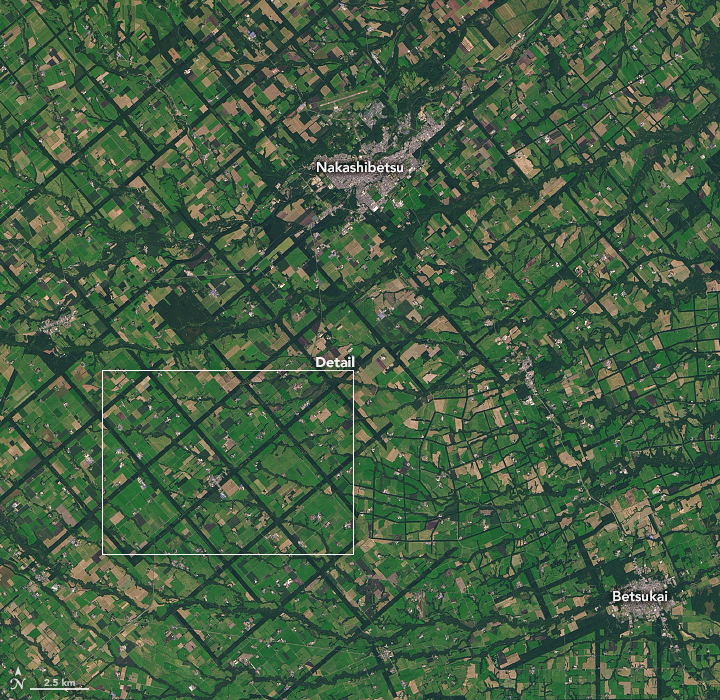 From above, the Konsen Plateau in eastern Hokkaido offers a remarkable sight: a massive grid that spreads across the rural landscape like a checkerboard. As seen in this pair of natural-color images, the pattern is clear year-round—even under a blanket of snow. Both images were acquired by the Operational Land Imager (OLI) on Landsat 8.

The strips are forested windbreaks—180-meter (590-foot) wide rows of coniferous trees that help shelter grasslands and animals from Hokkaido’s sometimes harsh weather. In addition to blocking winds and blowing snow during frigid, foggy winters, they help prevent winds from scattering soil and manure during the warmer months in this major dairy farming region of Japan. The thinner, less regular strips are forested areas along streams.

The Japanese government began creating the windbreaks in the 1890s as part of an effort to colonize the area. Rather than planting forested strips, they simply cleared squares into the broadleaf forests that were already there at the time, leaving the windbreaks behind. Planners used a grid pattern inspired by land development and farming practices popular at the time in pioneer areas of the midwestern and central United States.

Over time, as bits of windbreaks were cleared for timber or by wildfires, the broadleaf forests were replaced by plantings of larch and spruce that make up most of the windbreaks today.

Acquired November 13, 2009, these true- and false-color images show part of northeastern China shortly after a severe snowstorm. In the false-color image, snow appears orange-red, and clouds range in color from pale peach to white.

Snow and Rain in Southern California