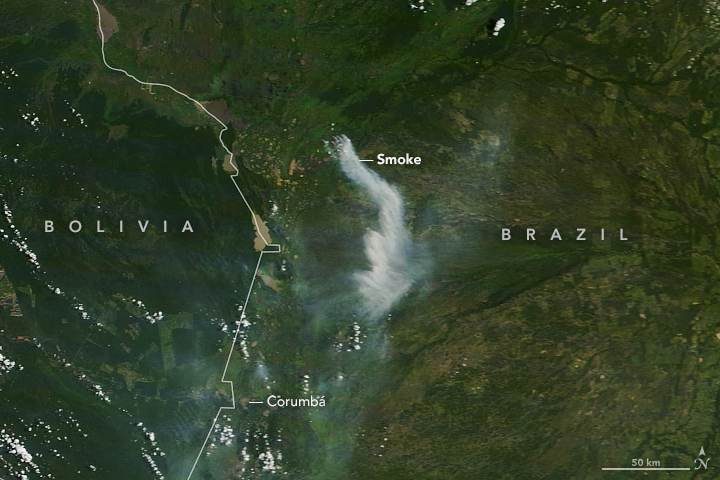 On March 8, 2020, the Moderate Resolution Imaging Spectroradiometer (MODIS) on NASA’s Terra satellite acquired this natural-color image of smoke streaming from a fire in southwestern Brazil.

The fire was burning in the Pantanal, a large wetland region known for sustaining an unusually rich assortment of wildlife. The blaze was located just east of Pantanal Matogrossense National Park and quite close to the location of another sizable fire in late-January 2020.

January, February, and March are usually quiet months for fires in the Pantanal. It is the wet season, so rains are typically plentiful, water covers much of the landscape, and the occasional fires ignited by lightning or farmers do not generally grow to be very large. However, sparse rainfall in early 2020 has dried out some of those swamps, and satellites have detected some large and smoky fires in the area.

The Operational Land Imager (OLI) on Landsat 8 acquired a more detailed image (below) of the fire on March 4, 2020. As seen from a wider perspective (third image), the fire was burning just north of wetlands near the São Lourenço River. 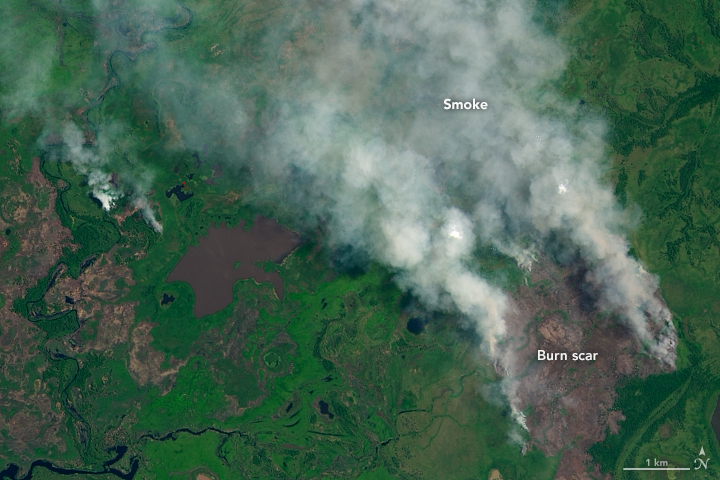 Fire season in the Pantanal is only just beginning. In 2019, the number of hot spots detected in the region by Aqua MODIS between January 1 and March 9 accounted for just 5 percent of the total detected that year, explained Alberto Setzer, a senior scientist at Brazil’s National Institute for Space Research (INPE). “Since most fires in the Pantanal occur between July and December, we do not see any particular reason for alarm at this point this year,” he said. 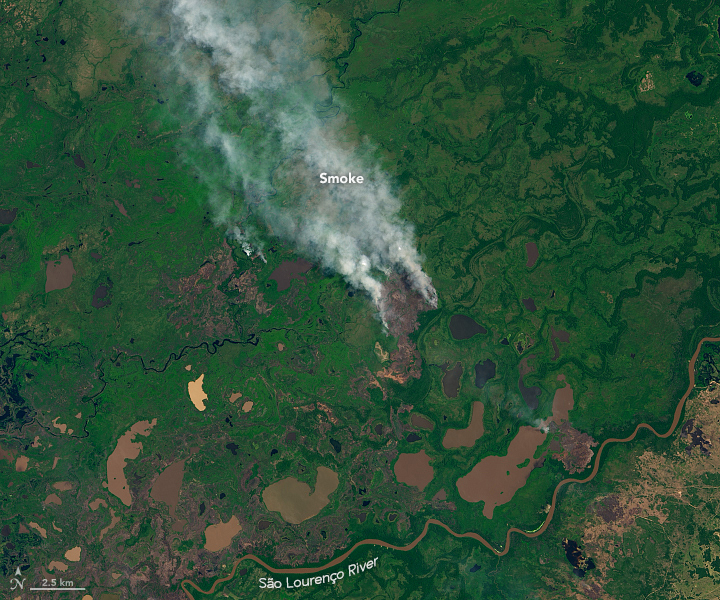