The Largest Solar Power Plant in Europe (For Now) 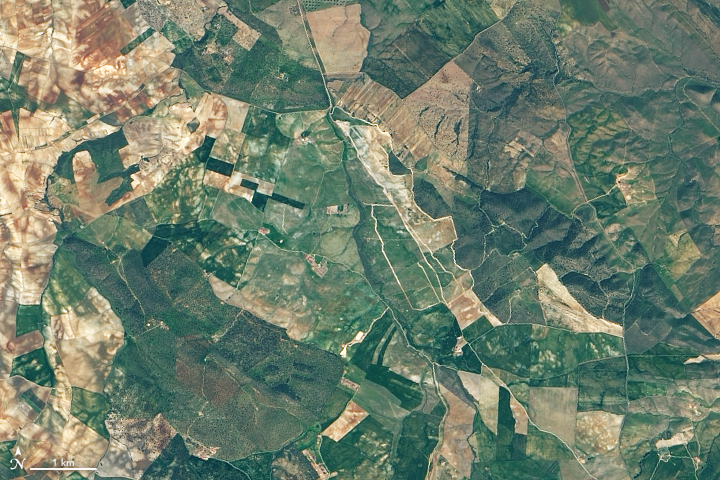 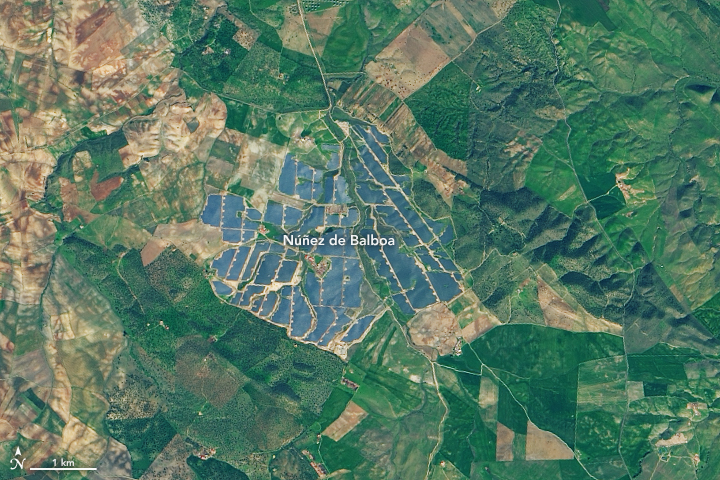 In late 2019, the Spanish electrical company Iberdrola completed the largest photovoltaic plant in Europe. Comprised of more than 1.4 million solar panels, the Núñez de Balboa plant has an installed capacity of 500 megawatts and is expected to supply energy to 250,000 people per year. The plant, which took less than a year to complete, is scheduled to start operating in early 2020.

The images above show the Núñez de Balboa photovoltaic plant, located in the town of Usagre in the western Spanish region of Extremadura. The left image shows the area on March 19, 2019, shortly after the first solar panel was installed. The right image shows the completed project on February 2, 2020. The solar panels cover nearly 10 square kilometers (almost 4 square miles) and weigh more than 12,000 metric tons (26 million pounds). The images were acquired by the Operational Land Imager (OLI) on the Landsat 8 satellite.

In addition to residential users, the plant will supply energy to local businesses from a Spanish bank to a supermarket distributor. The company projects that Núñez de Balboa can eliminate 215,000 tons of carbon dioxide emissions per year.

The photovoltaic plant is part of Iberdrola’s plan to increase clean energy in Spain. The company is planning several projects that could provide 2,000 megawatts of solar and wind power in Extremadura by 2022. One of the plants—the 590-megawatt Francisco Pizarro project—is expected to surpass the Núñez de Balboa plant as Europe’s largest solar plant. By 2030, the company plans to commission up to 10,000 megawatts of solar and wind energy.

The 500-megawatt Núñez de Balboa photovoltaic plant in Spain will supply energy to 250,000 people per year. 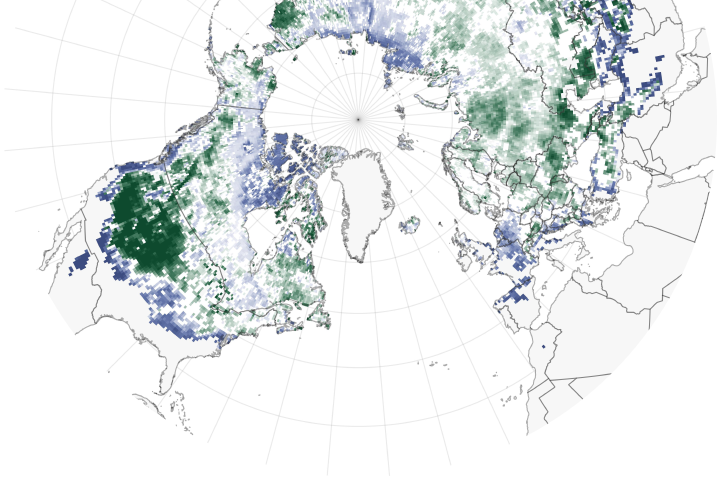