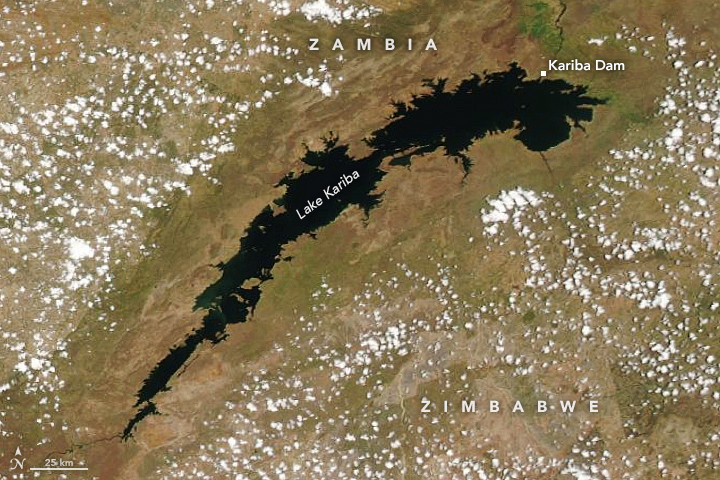 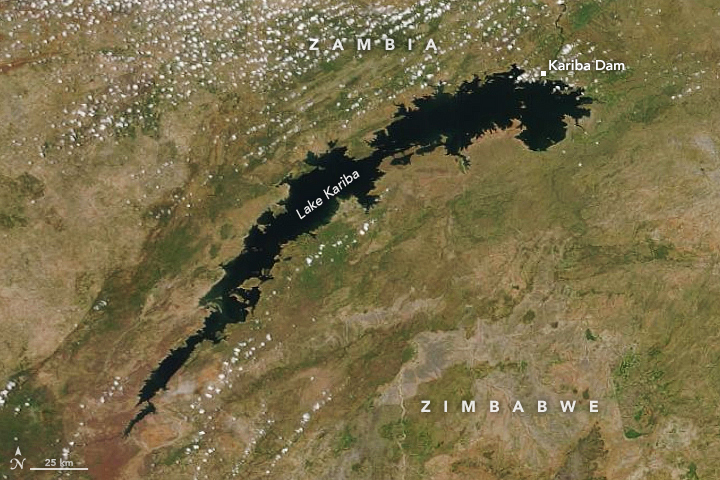 Southern Africa is suffering through its worst drought in several decades and perhaps a century. Diminished and late rainfall, combined with long-term increases in temperatures, have jeopardized the food security and energy supplies of millions of people in the region, most acutely in Zambia and Zimbabwe.

According to the International Federation of Red Cross and Red Crescent (IFRC), at least 11 million people are facing food shortages due to drought. Grain production is down 30 percent across the region; in Zimbabwe, where they are close to running out of their staple crop of maize, it is down 53 percent. Livestock farmers in southern Africa have suffered losses due to starvation and to early culling of herds forced by shortages of water and feed.

“This year’s drought is unprecedented, causing food shortages on a scale we have never seen here before,” said Michael Charles, head of IFRC’s Southern Africa group. “We are seeing people going two to three days without food, entire herds of livestock wiped out by drought, and small-scale farmers with no means to earn money to tide them over a lean season.”

The natural-color images above were acquired by the Moderate Resolution Imaging Spectroradiometer (MODIS) instruments on NASA’s Terra and Aqua satellites. The first/left image shows Lake Kariba, one of the world’s largest reservoirs, on December 2, 2018; the second image is from December 1, 2019. While the landscape is browner in 2018 (a hint at the long-term drought), the extent of the lake is greater than in 2019. Use the image-comparison slider to see the differences in the shorelines. 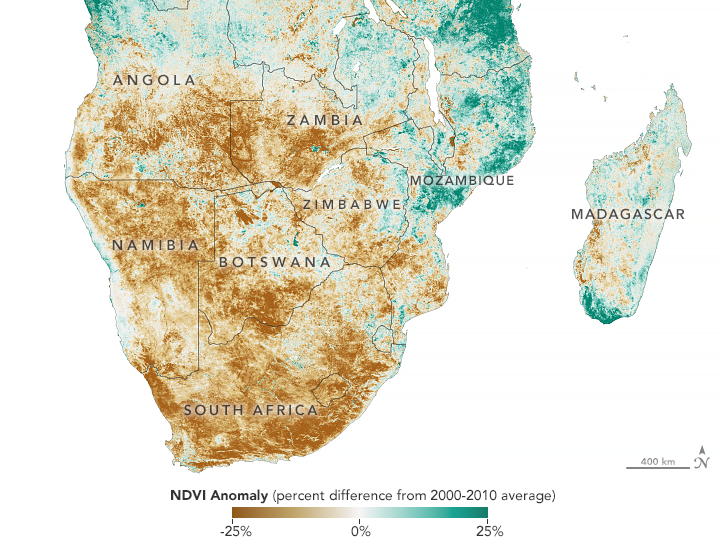 The map above depicts anomalies in the Normalized Difference Vegetation Index (NDVI), a measure of how plants absorb visible light and reflect infrared light. Drought-stressed vegetation reflects more visible light and less infrared than healthy green vegetation, and this can be detected by satellites. This NDVI anomaly map, based on data from Terra MODIS, compares the health of vegetation in southern Africa from the dry season in 2019 versus the same period from 2000-2010. Brown areas show where plant health or “greenness” was below normal. Greens indicate vegetation that is more widespread and abundant than normal.

According to meteorologists, October rains were late in 2019 and precipitation has been below normal this year. In fact, decreased rainfall and drought has been a persistent problem for several years, as the dry season has been growing longer and hotter. According to the World Food Program, southern Africa has received normal rainfall in just one of the past five growing seasons.

Water levels on the Zambezi River are lower than they have been for decades, fish stocks are in danger of collapsing, and the usually thundering Victoria Falls has slowed to a trickle. The depletion of the river has endangered hydroelectric Kariba Dam, which usually supplies about half of Zambia and Zimbabwe’ electricity. Lake Kariba stands somewhere between 10 and 20 percent of capacity and at its lowest point in more than two decades. Water levels are just barely above the amount needed to keep the hydroelectric plants running. Water levels typically begin to rise in January and February when wet season rains start to accumulate across the watershed. 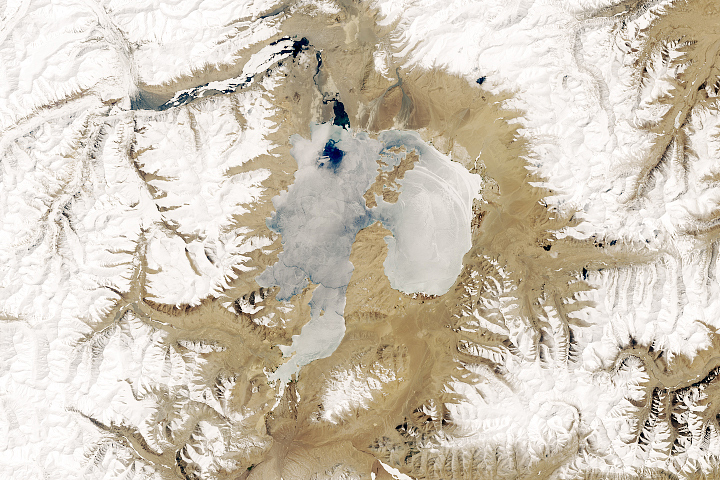 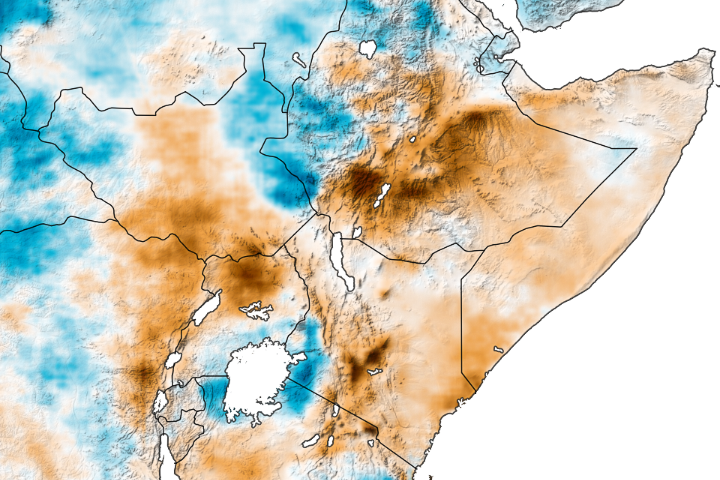