Dreaming in the Mojave Desert 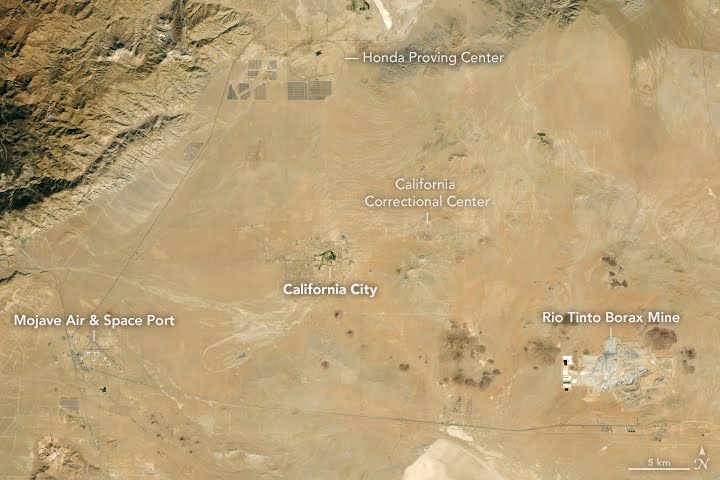 If you look at the three largest cities in California by area—Los Angeles, San Diego, and California City—one stands out. Los Angeles has 3.7 million people; San Diego has 1.3 million. California City has a population of just 14,000 people.

Why does such an expansive city have so few people? Satellite images acquired by the Operational Land Imager (OLI) on Landsat 8 help explain. Though a large network of perfectly gridded blocks and curving residential streets remain etched into the Mojave Desert, houses are scarce. Even near the lake and golf courses at the center of town, empty lots abound. 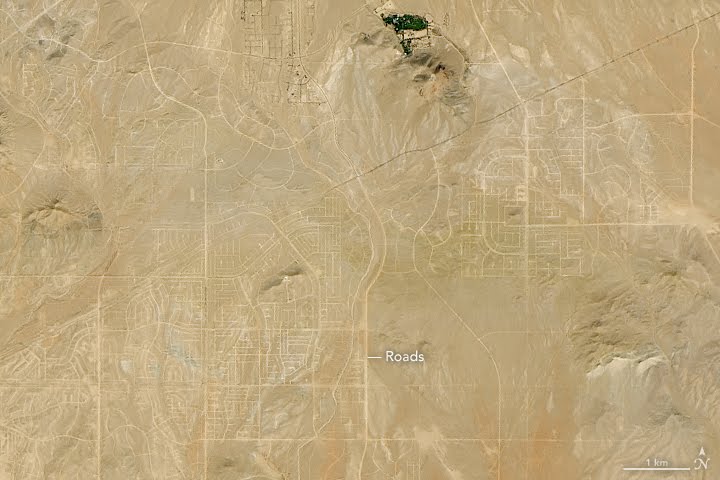 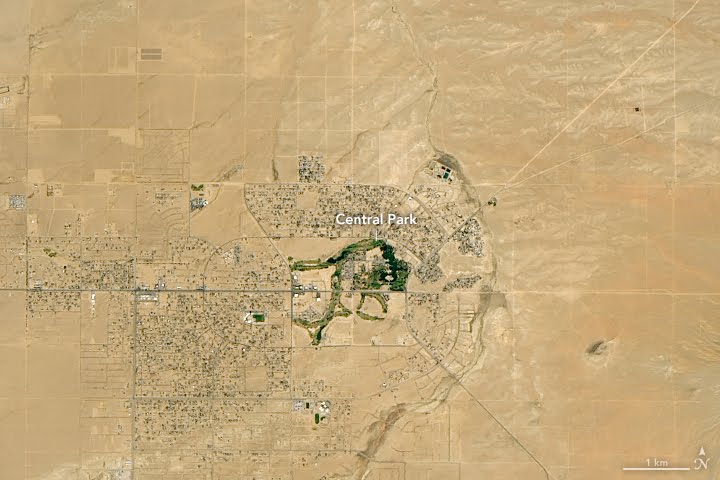 California City was incorporated in 1965 after real estate developer Nat Mendelsohn purchased thousands of acres of open land and started paving roads and laying water pipes for what he envisioned would be a city to rival Los Angeles. But interest from buyers never matched his grand vision, and by 1980, the town had only 2,700 residents.

Still, an assortment of unusual ventures has kept the city going. Many people who live in California City today work at nearby Edwards Air Force Base, a borax mine, a prison, a vehicle testing facility, or one of the nation’s few spaceports. 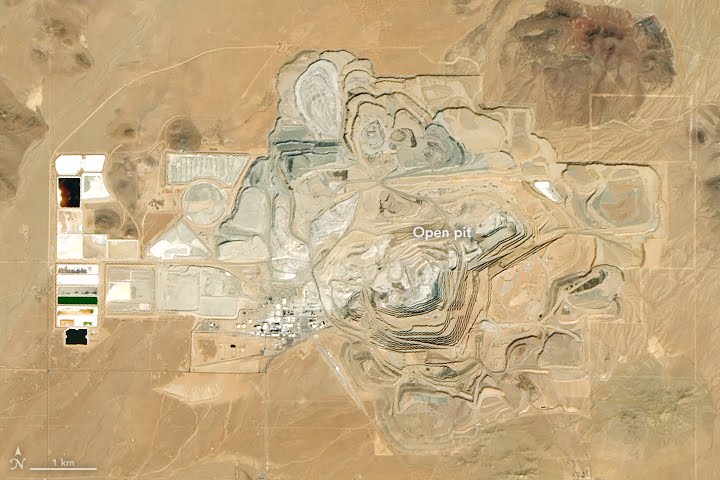 The borax mine (above) is California’s largest open-pit mine, producing about half of the world’s refined borates. Borates are used in fertilizers, in metallurgy, and as components of specialized types of glass, anticorrosive coatings, fire retardants, and detergents.

Surrounded by solar panels, engineers test automobiles, motorcycles, and ATVs at speeds up to 320 kilometers (200 miles) per hour on the winding roads of the Honda Proving Center (below). The prison (see first image), which used to hold people detained by U.S. immigration officials, now houses 2,300 inmates from California. 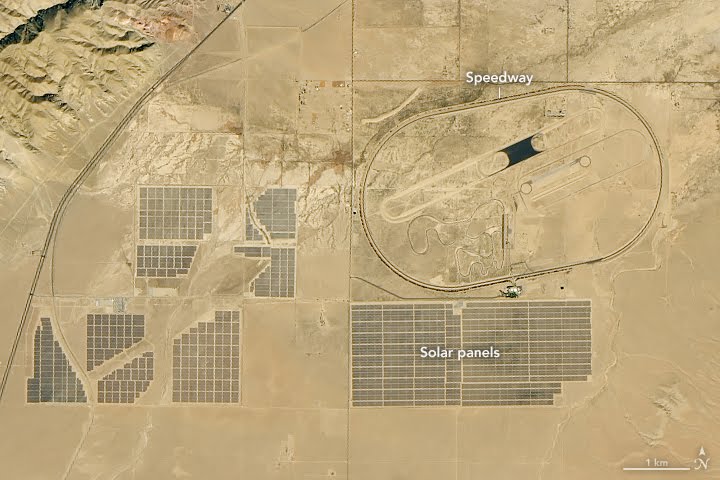 The Mojave Air and Space Port (below) lies 25 kilometers (15 miles) to the southwest. In 2004, federal authorities certified the facility as the first spaceport in the United States. Soon after, a private company launched a person into space on the rocket-powered aircraft SpaceShipOne. While experimental aircraft are a common sight, so are planes that are decades old. The air field also hosts a large storage area and boneyard for old planes. 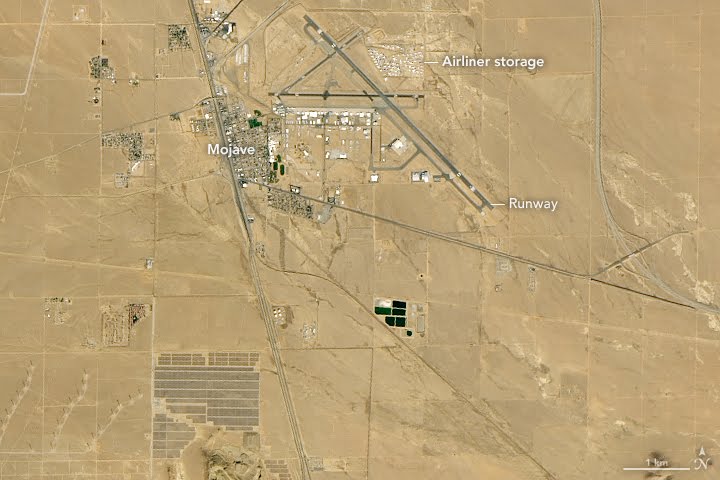 The big dreams of a 1960s real estate developer have not materialized, but that has not stopped California City from pushing forward. 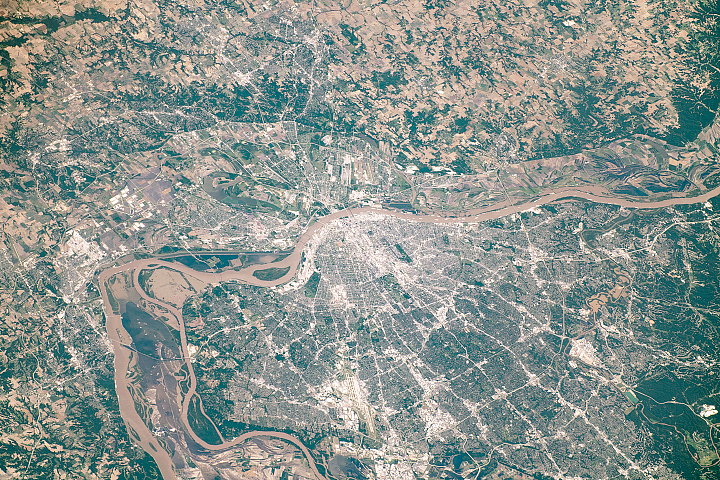