Low Pressure System over the U.S. 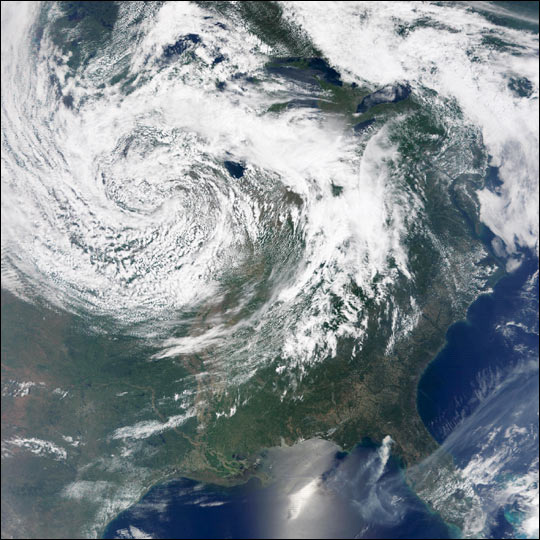 A large low-pressure system approached the U.S. East Coast on May 24, 2001, bringing with it forecasts of rain through Memorial Day weekend. This true-color image from the Moderate-resolution Imaging Spectroradiometer (MODIS), flying aboard NASA's Terra satellite, shows the storm while it was centered over Illinois, Iowa, and Missouri. The smoke plume from a large fire northeast of Steinhatchee, Florida, is also visible to the lower right. In the Gulf of Mexico, the bright sun glint reveals a swath of relatively smooth water. The dark area in the patch of sun glint is a cloud shadow.

Click for more details on how to receive MODIS direct broadcast data.