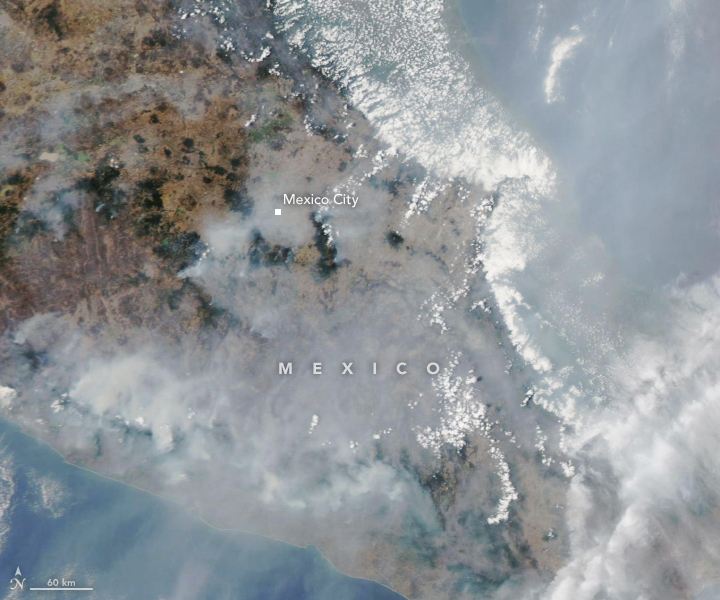 Fires near Mexico City have filled the skies with smoke over the metropolitan area, which is home to around 22 million people. Air quality has become hazardous as smoke pollution has far exceeded levels considered to be safe. Officials in Mexico City have declared an environmental emergency, closed schools, and advised people to stay inside.

The image above shows a wide view of central Mexico on May 14, 2019, as observed by the Moderate Resolution Imaging Spectroradiometer (MODIS) on NASA’s Aqua satellite. Fine aerosol particles also have been blowing toward Mexico City from fires in the southern states of Guerrero and Oaxaca, exacerbating air quality. Meteorologists warn that the smoke may reach parts of the United States in coming days.

Fueled by hot and dry conditions, the fire season in Mexico has been intense in 2019, leading to poor air quality. From January 1 to May 13, Mexico City registered only nine clean air days. News reports stated that more than one hundred active wildfires were blazing in 17 Mexican states as of May 13. 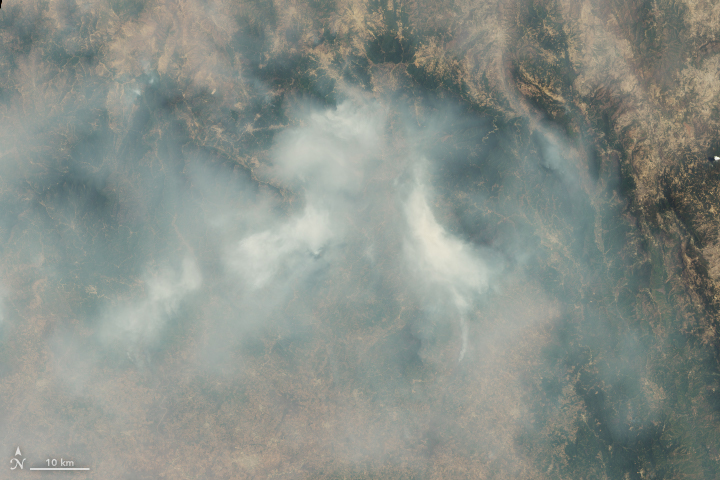 The second image shows smoke near Heroica Ciudad de Tlaxiaco in Oaxaca on May 14, 2019. The image was acquired by the Operational Land Imager on the Landsat 8 satellite.

Authorities declared emergencies in 11 municipalities in Oaxaca earlier on May 11. Reports state that forest fires have affected more than 30,000 hectares of land in Oaxaca this year. An estimated 17,000 hectares burned in the Chimalapas jungle, which has not experienced a major fire since 1998.