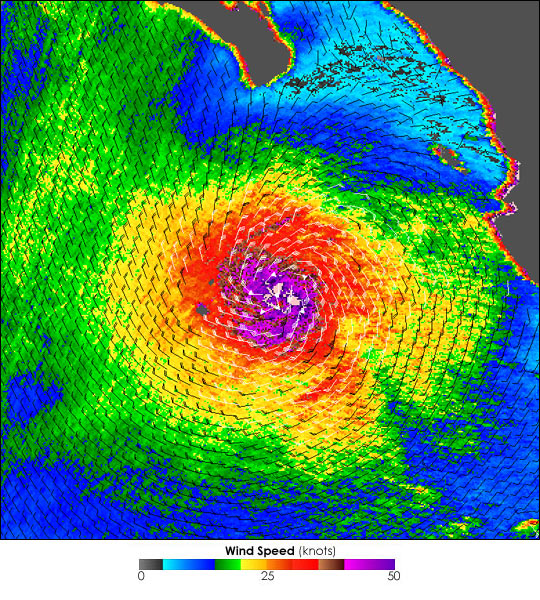 The SeaWinds Scatterometer aboard NASA’s QuikSCAT satellite collected the data used to create this multicolored image of Hurricane Javier, currently nearly due south of Cabo San Lucas, Mexico. The National Hurricane Center predicts that this storm will make landfall on the western coast of Baja California sometime on September 18, 2004. This image, taken by QuikSCAT on September 16, at 6:13 p.m. PDT, shows near-surface winds 10 meters above the ocean surface.

This QuickSCAT image provides a colorful view of the winds around Hurricane Javier on September 16, 2004.