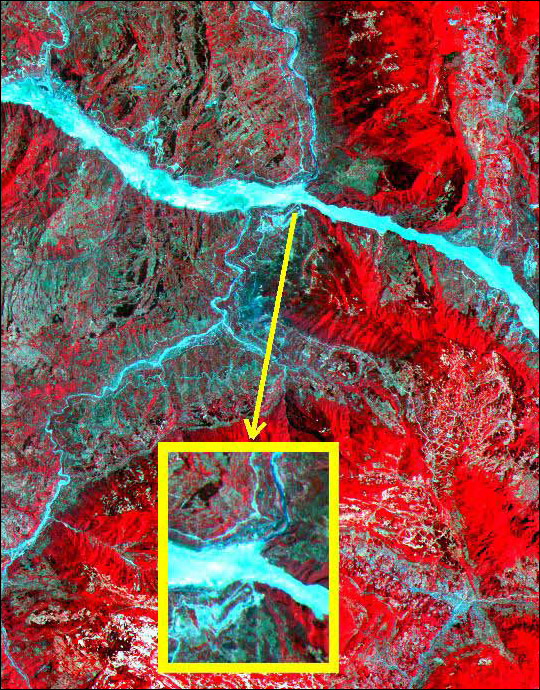 In this false-color image, red represents vegetated land surface and the light blue ribbon of pixels running left to right is the Yangtze River. A number of its tributaries are visible as well. Blue-green pixels show exposed land surfaces.

In the lift-out (yellow box) is the construction site of the Three Gorges Dam, the world's largest. When the reservoir is filled in 2012, water will rise to a height of 175 meters and extend 600 kilometers. The reservoir will submerge two of the three world-famous gorges, along with irreplaceable cultural and archaeological sites. The project is enormously controversial.

Some scientists fear the dam could significantly change the salt content of the Sea of Japan, thereby impacting the climate of that region. This theory is explained in an article appearing in the April 2001 issue of the Bulletin of the American Meteorological Society.