Thunderstorms above the Sierra Nevada 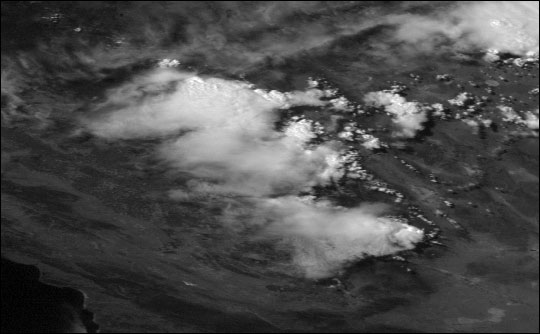 On June 14, 2004, a series of thunderstorms swept over the southern Sierra Nevada. Storms during the summer are frequent in the area. Warm air rises up the flanks of the mountains, cooling as it gains altitude. Moisture in the air then condenses, creating clouds and rainfall.

This image was acquired by the National Oceanic and Atmospheric Administration’s Geostationary Operational Environmental Satellite Program (GOES)-West satellite on June 14, 2004, at 4:00 PDT. The animations include data from dawn until dusk.

Image and animation by Robert Simmon, based on data provided by the GOES Project Science office