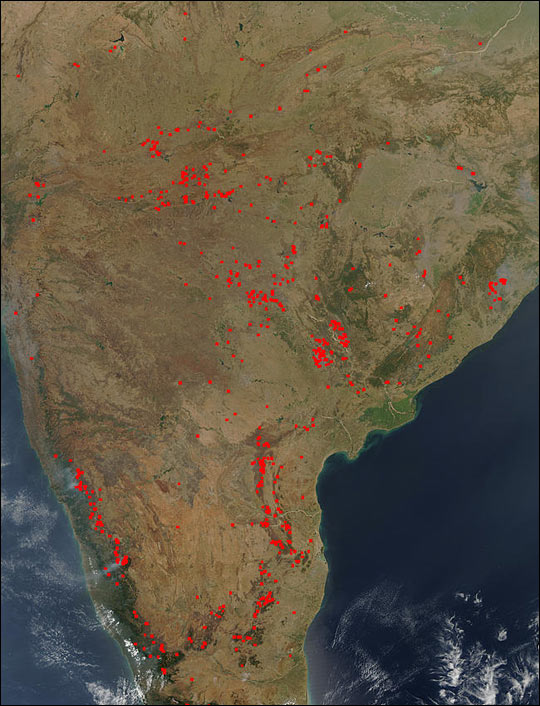 This Moderate Resolution Imaging Spectroradiometer (MODIS) image of southern and central India was captured on March 15, 2004, by the Aqua satellite. Across the country, numerous fires are burning and have been marked in red in the image. In the bottom part of the scene, fires line the foothills of the Western (left) and Eastern (right) Ghats Mountains. In the top of the scene, the fires are predominantly located near rivers.

The widespread nature of the fires and the time of year suggests that these fires are being set intentionally for agricultural purposes. Though these fires do not necessarily create an immediate hazard, such large-scale burning can have a strong impact on weather, climate, human health, and natural resources.

The high-resolution image provided above is 1 kilometer per pixel. The MODIS Rapid Response System provides this image at additional resolutions.