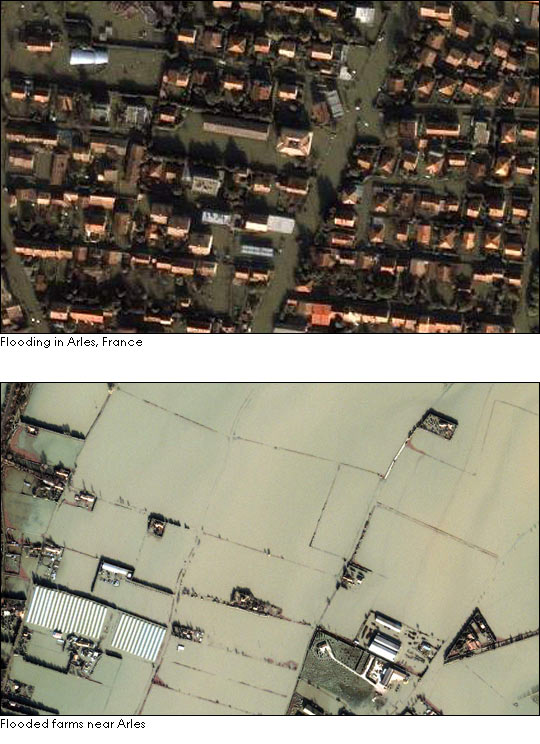 Heavy rains starting on December 1, 2003, drenched Southern France and pushed the Rhone River over its banks. Flooding along the Rhone and its tributaries caused an estimated $29,500,000 worth of damage, according to the Dartmouth Flood Observatory. At least six people died in the floods, and two nuclear power plants were closed because of flood debris. By December 6, the waters had receded in areas, but the medieval town of Arles, about 31 miles north of Marseilles, was still under water. Several dykes north of the town broke, compounding the severity of the floods. The top Ikonos image, taken on December 6, shows a section of Arles at a resolution of 1 meter per pixel.

Farmland around the town, shown in the bottom image, has also been affected. The local farm union told the media that hundreds of cattle, sheep, and horses have drowned throughout Southern France, and that thousands more face starvation. The animals are marooned on patches of high ground, and farmers can not reach them with food.

Both images above were taken by the Ikonos Satellite on December 6, 2003 and were provided by European Space Imaging.

Heavy rains caused flooding along the Rhone River and its tributaries in Southern France. 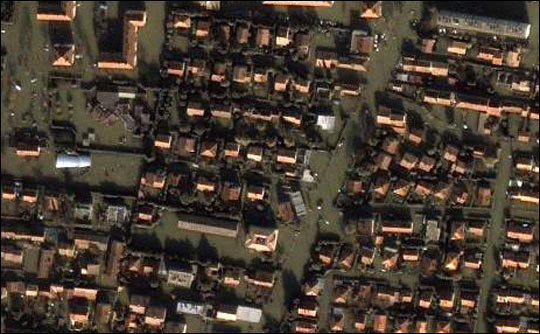 These images showing some of the devastating European flooding around the Danube Bend area just north of Budapest near the city of Vác, Hungary. 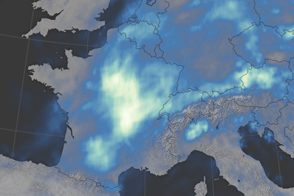 After days of downpours, water levels on the Seine River rose to heights not seen in 34 years.