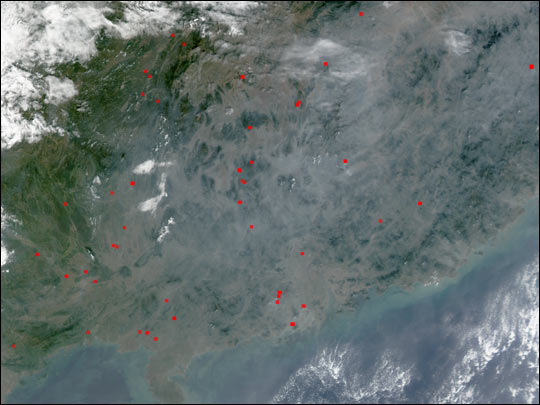 A blanket of blue-gray smoke hangs over southeastern China in this Moderate Resolution Imaging Spectroradiometer (MODIS) image from the Terra satellite on October 21, 2003. Several fires have been detected in the region and are marked with red dots, but the fires are not likely the sole cause of all the smoke. In cooler months, the increased smoke from fires burned to heat homes often hangs over large potions of eastern China.

Fires in China and Far-Eastern Russia