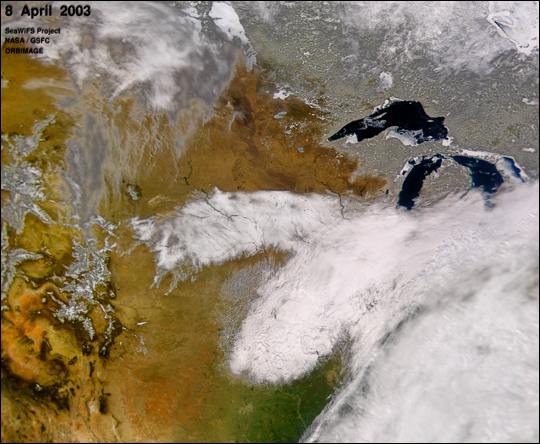 A springtime winter storm dumped more than a foot of snow in parts of Nebraska and Minnesota. Around the Great Lakes, the snow was preceded by a weekend ice storm blamed for four deaths in Michigan and three in upstate New York. The new snow hampered crews still trying to restore power to thousands of homes and businesses.

The Sea-viewing Wide Field-of-View Sensor (SeaWiFS), flying aboard the Orbview-2 satellite, captured this view of the storm as it marched eastward. The true-color image shows the heavy clouds associated with the storm. Snowfall is visible in some areas where the skies were clear as the satellite passed over.