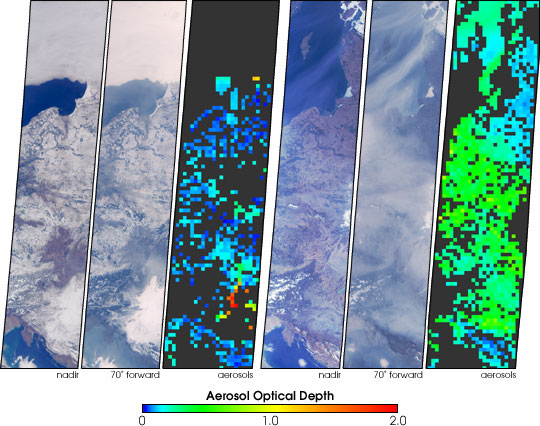 During the last weeks of March 2003, unusually high and widespread aerosol pollution was detected over Europe by a number of satellite sensors. The Terra MISR sensor provides a new angle on the problem of particulate pollution.