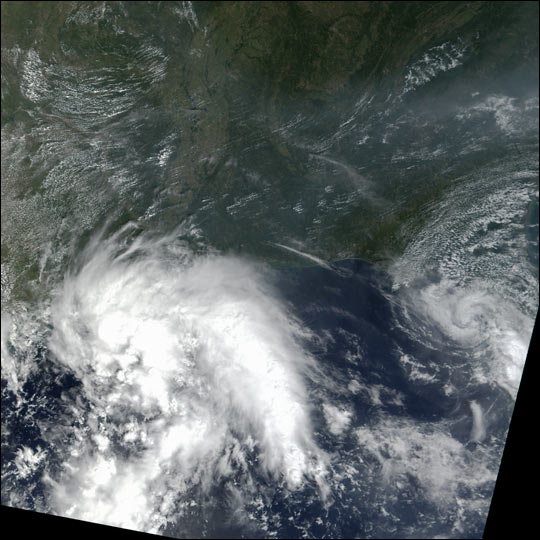 Tropical Storm Fay, the sixth named tropical storm in the Atlantic this year, came ashore in Texas on September 6, 2002. The tropical storm can be seen above the Gulf of Mexico in this true-color image taken on September 5 by the Moderate Resolution Imaging Spectroradiometer (MODIS), flying aboard NASA’s Terra spacecraft. The storm, now centered over San Antonio, Texas, has produced over eight inches of rainfall so far in some regions and has led to flash flooding throughout southern Texas. The rain is expected to let up slowly and dissipate by Wednesday.

Image by Jesse Allen, based on data from the MODIS Rapid Response Team at NASA-GSFC.