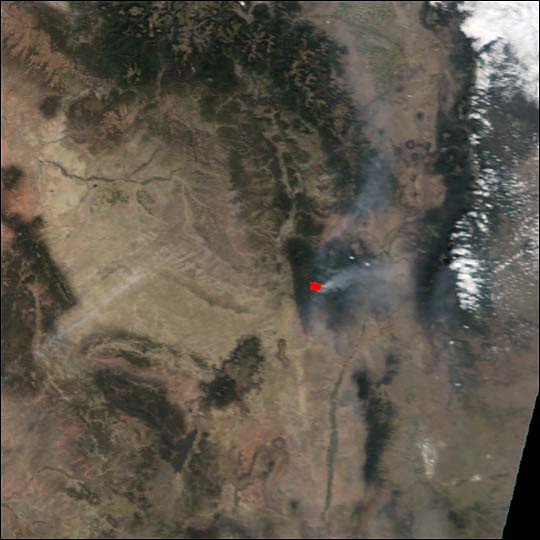 This true-color Moderate Resolution Imaging Spectroradiometer (MODIS) from August 27, 2002, shows the Mt. Zirkel Complex Fire located 25 miles north of Steamboat Springs. The fire was 35,583 acres and 20 percent contained on August 29, 2002. The fire has burned over the Continental Divide and is burning on both sides. Increasing fire activity has been observed, despite some rain that was received earlier in the week, and the fire remains deeply rooted in an area that suffered a ?blowdown? in 1997, and now has large numbers of downed trees to act as fuel.