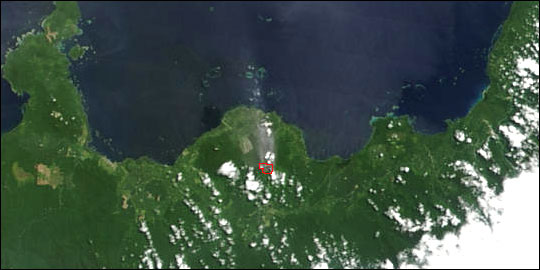 Mount Pago, located on the island of New Britain in the South Pacific, began in early August and continued through August 15, 2002, when this true-color scene was acquired by the Moderate-resolution Imaging Spectroradiometer (MODIS), aboard NASA's Terra satellite. An ash plume is visible streaming northwards from the volcano, which is located near the center of the image in the red box. According to news articles, roughly 8,000 people have been evacuated from villages surrounding the volcano by August 9. 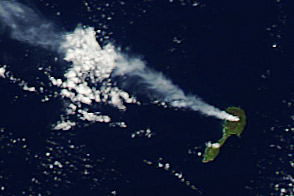