So what does NASA do as the seas rise around its facilities? Cynthia Rosenzweig has an answer: flexible adaptation pathways.

“What makes sense for us to do now? And what might we have to do later?” she said. “We have to consider and understand the risks, and then build something that can be adjusted.” 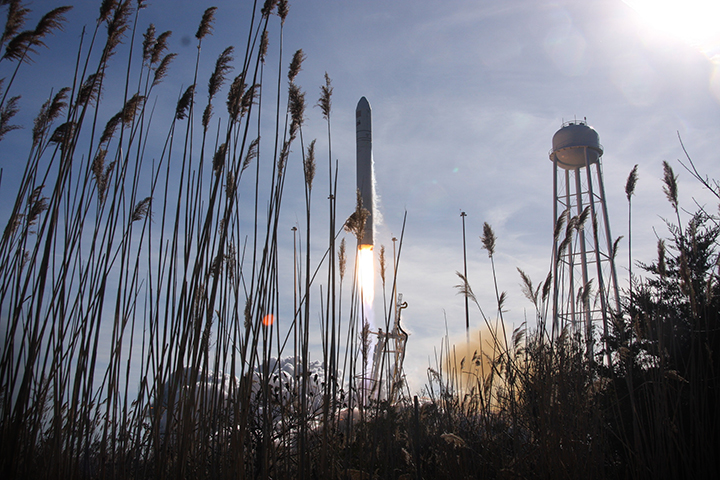 Rosenzweig conducts her research at NASA’s Goddard Institute for Space Studies and Columbia University, both of which stand on the Hurricane-Sandy-hardened streets of New York City. For years she worked with city and state leaders to assess the impacts of climate change and to develop risk reduction strategies. In 2009, she was asked to bring her experience to NASA’s Climate Adaptation Science Investigators Working Group, an effort prompted by a presidential order to evaluate “risks and vulnerabilities" at every federal agency.

“It may be the first time NASA’s scientists and managers have worked together to manage climate risks to our facilities and natural resources,” Rosenzweig said. Together with state and local officials—as well as federal, military, commercial, and conservation partners—CASI has set out to brainstorm what kind of information is needed by facilities managers, as well as what kind of response might be required.

The CASI team translated international reports and projections—such as the Intergovernmental Panel on Climate Change (IPCC) or the U.S. National Climate Assessment—into practical, regional-scale advice for the NASA centers. They conducted environmental impact studies and modeling to project how much sea level could rise near each facility. They examined past and future land use changes around centers, even considering how sea level rise might affect the endangered and threatened species that find havens on NASA property.

According to global climate models (GCMs), sea levels are expected to rise at least 5 inches (13 centimeters) for most NASA centers by the 2050s. Those numbers rise significantly if ice sheets continue to melt rapidly. Note: the estimates for Michoud are especially high due to ground subsidence in the New Orleans area. (Data from NASA’s Climate Adaptation Science Investigators Working Group and the National Oceanography Centre’s Permanent Service for Mean Sea Level)

“How do we fight Mother Nature for another fifty years?” said Kim Toufectis. His colleagues at each center and in the Office of Strategic Infrastructure—people with skills in civil and chemical engineering, urban planning, real estate, facilities construction and maintenance—must now weigh their options and develop long-range plans.

In some places, they will need to design smarter buildings; in others, they will retrofit and harden old infrastructure. If a facility must stay within sight of the water, then maybe the important laboratories, storage, or assembly rooms should not be on the ground floor. For the launch facilities, which must remain along the shore, beach replenishment, sea wall repair, and dune building may become part of routine maintenance.

But across the space agency, from lab manager to center director to NASA administrator, people will have to continually ask the question: is it time to abandon this place and move inland? It’s a question everyone with coastal property in America will eventually have to answer.