Storms are Getting Stronger

What exactly does it mean for storms to get “stronger”? Does it mean faster winds? A larger wind field? Lower pressure at the center? More rain and snowfall? Higher storm surges?

“You have to remember that storms aren’t one-dimensional,” says Del Genio. “There are many types of storms, and sorting out how aspects of each type respond to warming is where the science really gets interesting.” 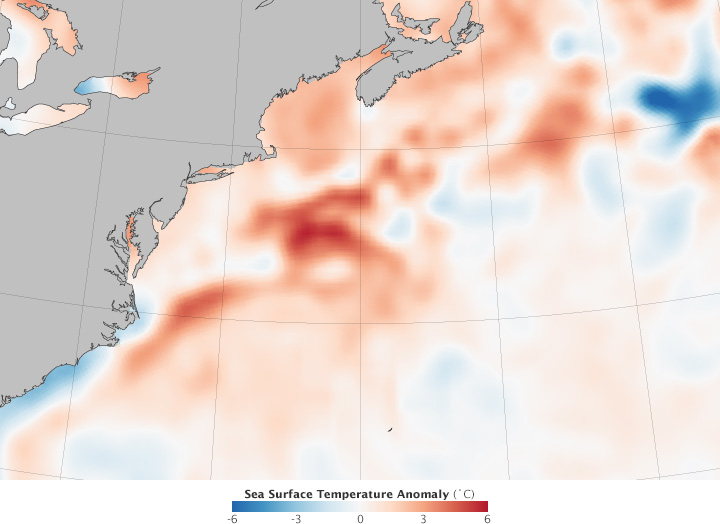 Rising sea levels exacerbated Sandy’s storm surge, for example, a direct link between global warming and storm damage. And abnormally high sea surface temperatures in the Atlantic probably intensified the storm. But pinning all of Sandy’s fury—its hybrid nature, the scale of its winds, its unusual track—on global warming is premature, says Shepherd, the current president of the American Meteorological Society.

Weather forecasters use terms like snowstorms, derechos, hailstorms, rainstorms, blizzards, low-pressure systems, lightning storms, hurricanes, typhoons, nor‘easters, and twisters. Research meteorologists and climatologists have a simpler way of dividing up the world’s storms: thunderstorms, tropical cyclones, and extra-tropical cyclones. All are atmospheric disturbances that redistribute heat and produce some combination of clouds, precipitation, and wind.

Thunderstorms are the smallest type, and they are often part of the larger storm systems (tropical and extra-tropical cyclones). All storms require moisture, energy, and certain wind conditions to develop, but the combination of ingredients varies depending on the type of storm and local meteorological conditions.

For example, thunderstorms form when a trigger—a cold front, converging near-surface winds, or rugged topography—destabilizes a mass of warm, humid air and causes it to rise. The air expands and cools as it ascends, increasing the humidity until the water vapor condenses into liquid droplets or ice crystals in precipitation-making clouds. The process of converting water vapor into liquid water or ice releases latent heat into the atmosphere. (If this doesn’t make sense, remember that the reverse—turning liquid water into water vapor by boiling it—requires heat).

Storms feed off of latent heat, which is why scientists think global warming is strengthening storms. Extra heat in the atmosphere or ocean nourishes storms; the more heat energy that goes in, the more vigorously a weather system can churn.

Already, there is evidence that the winds of some storms may be changing. A study based on more than two decades of satellite altimeter data (measuring sea surface height) showed that hurricanes intensify significantly faster now than they did 25 years ago. Specifically, researchers found that storms attain Category 3 wind speeds nearly nine hours faster than they did in the 1980s. Another satellite-based study found that global wind speeds had increased by an average of 5 percent over the past two decades.

There is also evidence that extra water vapor in the atmosphere is making storms wetter. During the past 25 years, satellites have measured a 4 percent rise in water vapor in the air column. In ground-based records, about 76 percent of weather stations in the United States have seen increases in extreme precipitation since 1948. One analysis found that extreme downpours are happening 30 percent more often. Another study found that the largest storms now produce 10 percent more precipitation.

Increases in global temperature have raised atmospheric humidity. (Graph by Robert Simmon, based on data from the NOAA National Climatic Data Center.)

William Lau, a scientist at NASA’s Goddard Space Flight Center, concluded in a 2012 paper that rainfall totals from tropical cyclones in the North Atlantic have risen at a rate of 24 percent per decade since 1988. The increase in precipitation doesn’t just apply to rain. NOAA scientists have examined 120 years of data and found that there were twice as many extreme regional snowstorms between 1961 and 2010 as there were from 1900 to 1960.

But measuring a storm’s maximum size, heaviest rains, or top winds does not capture the full scope of its power. Kerry Emanuel, a hurricane expert at the Massachusetts Institute of Technology, developed a method to measure the total energy expended by tropical cyclones over their lifetimes. In 2005, he showed that Atlantic hurricanes are about 60 percent more powerful than they were in the 1970s. Storms lasted longer and their top wind speeds had increased by 25 percent. (Subsequent research has shown that the intensification may be related to differences between the temperature of the Atlantic and Pacific oceans.)