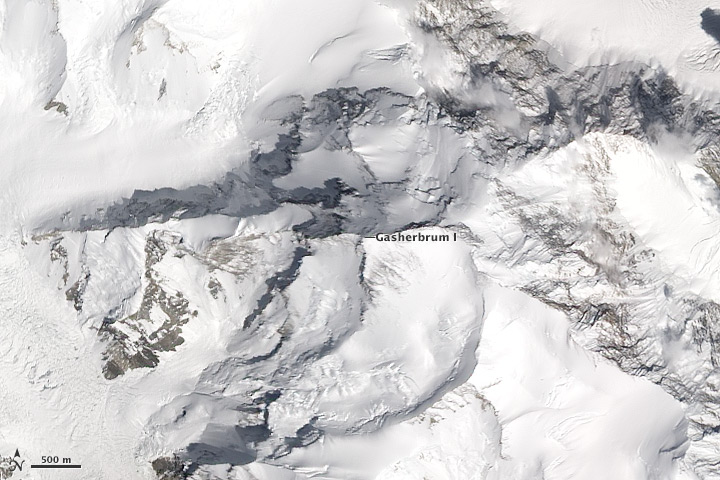 Known until recently as Hidden Peak, Gasherbrum I is the eleventh tallest mountain on Earth. It is situated along the same horseshoe-shaped ridge on the border of Pakistan and China as Gasherbrum II, though Gasherbrum I is 46 meters (151 feet) taller.

An American team made the first ascent in 1958, following a ridge on the southwest face. When Andy Kaufman and Pete Schoening reached the broad, snow-covered summit after battling through deep snow, they used small hand mirrors to signal their success to teammates at a camp below.