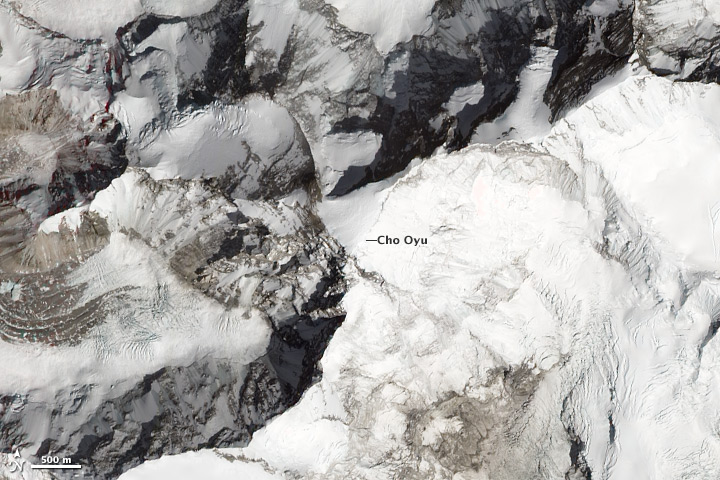 Meaning “Goddess of Turquoise” in Tibetan, Cho Oyu is the sixth tallest mountain in the world. The massive peak is located on the border of Tibet and Nepal, approximately 20 kilometers (12 miles) west of Mount Everest.

Despite its size, Cho Oyu is considered the safest of the eight-thousanders because of the gentle slope of its northwestern face. There are few technically challenging areas on this face and avalanche risk is minimal. An Austrian team reached the summit via the northwestern face in 1953.

Today, Cho Oyu is one of the most popular eight-thousanders. There had been 3,138 successful ascents as of March 2012, more than any other 8K peak except Everest. With a fatality rate of 1 percent, no other eight-thousander is safer.

“I experienced a wonderful feeling, as one step took me into another world,” said Polish climber Jerzy Kukuczka, the second person to climb all 14 eight thousanders, upon reaching Cho Oyu’s summit. “The steep walls and the knife-edge ridges vanished. It was as if I had stepped out of a dark and dangerous canyon onto a plateau bathed in purple light.”