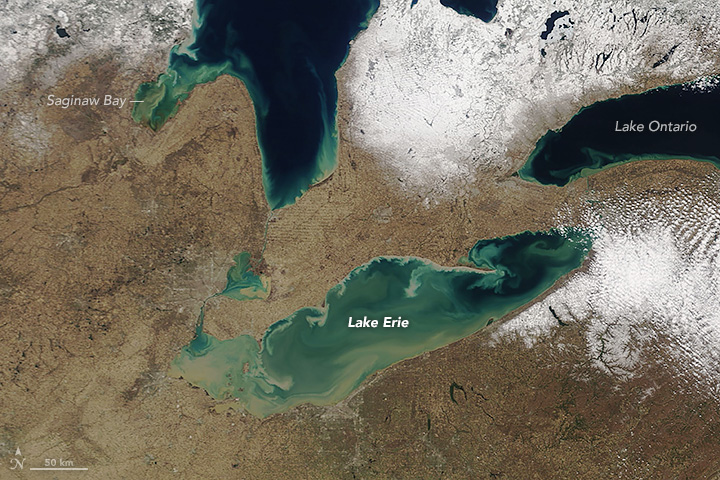 The Moderate Resolution Imaging Spectroradiometer (MODIS) on NASA’s Terra satellite captured this image on April 20, 2018. After the storm, bloated rivers and streams dumped sediment-rich water into the lakes. Brisk spring winds combined with lake currents to send tendrils of mud and other debris swirling into deeper, bluer waters.

Sediment loads tends to be especially heavy in the western end of Lake Erie. Of all the Great Lakes, Erie usually has the most sediment loading because of extensive farmland and cities near its shores. Since it is also the shallowest of the lakes, winds and currents can easily stir up sediments (quartz sand and silt, as well as calcium carbonate from limestone) on the lake bottom. And farmland, particularly fields that lack winter cover crops, tends to give up large amounts of sediment to rivers and streams.

The situation is similar around Saginaw Bay, part of Lake Huron. More than half of the land surrounding the bay is used for agriculture, so spring runoff generally carries very large amounts of sediment. 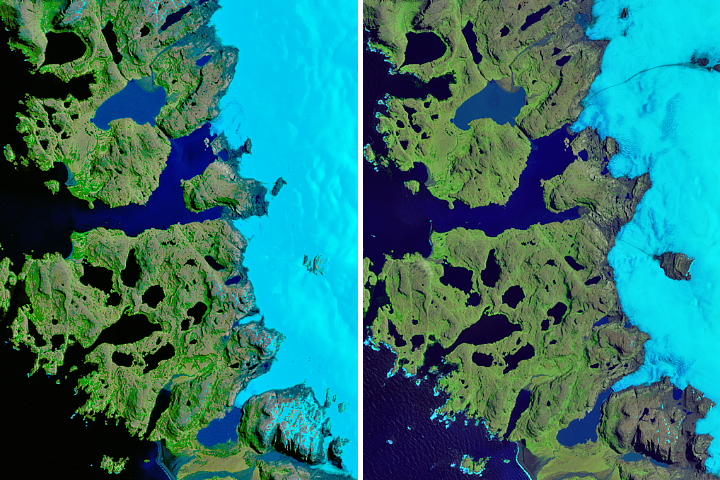