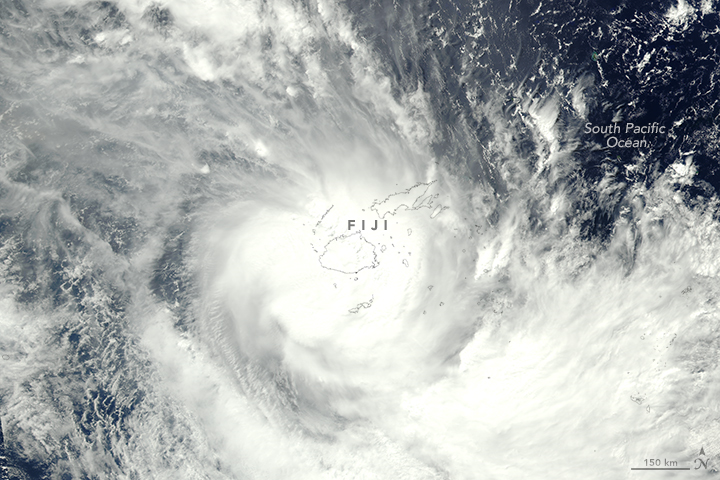 At the time, the storm had sustained winds of 70 knots (80 miles/130 kilometers per hour) according to estimates from the U.S. Joint Typhoon Warning Center. It was a category 1 storm on the Saffir-Simpson scale. Soon after this image was acquired, Keni strengthened to a category 2 storm. Vertical wind shear and cooler sea surface temperatures caused it to weaken on April 11.

According to news reports, the storm caused flooding on Fiji’s Viti Levu and Kadavu islands. The region had already been soaked by heavy rains that accompanied Cyclone Josie earlier in the month.