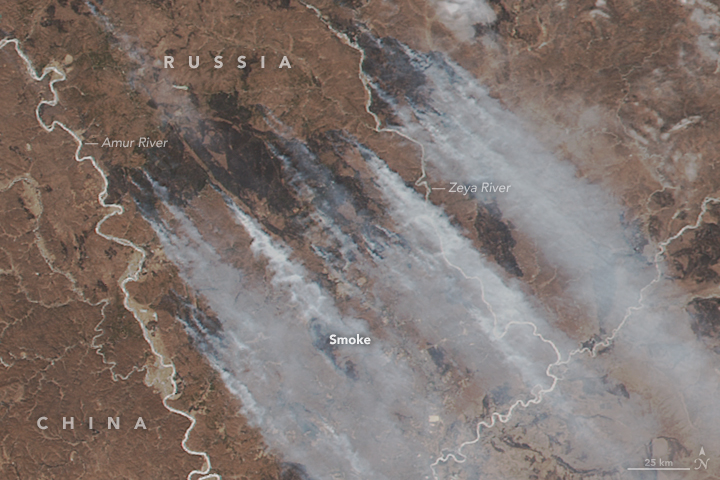 As is often the case in the spring, satellites detected dozens of fires burning in Russia’s far eastern Amur province in late-March 2018. Fires usually flare up around the time that the winter snow cover melts.

The fires were initially quite small. Most of them were probably lit by people, mainly to burn dried grasses and old crop debris from fields. People in the area routinely light fires in the spring to fertilize the soil, maintain pasturelands, and prevent forest encroachment.

Many of the fires near the Amur and Zeya rivers spread rapidly over the following week. By April, several were raging out of control—in some cases burning through forests. Dahurian larch dominates forests in Amur, though deciduous trees such as birch and aspen are also common.

Hundreds of firefighters are working in the region, according to news reports. However, the fires are proving difficult to control and have spread about 20,000 hectares (80 square miles) per day. On April 5, authorities reported extinguishing 15 fires, but 23 new fires emerged on the same day.