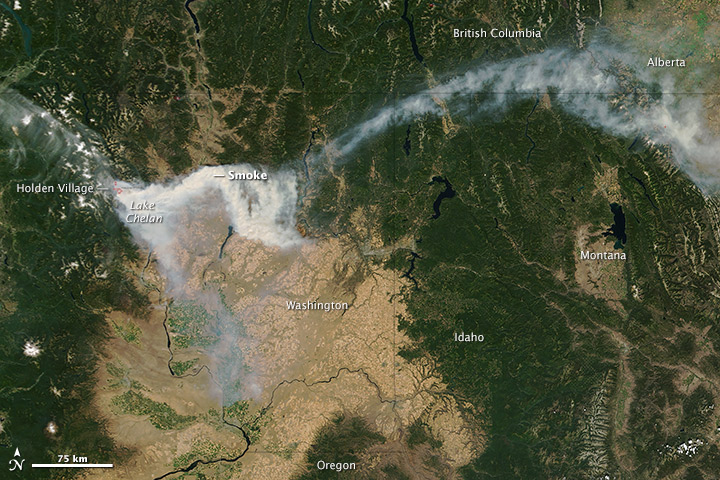 On July 29, 2015, a lightning-triggered wildfire started to spread along the shores of Lake Chelan in north-central Washington. This view of the Wolverine Creek fire was acquired three days later, on August 1, by the Moderate Resolution Imaging Spectroradiometer (MODIS) on NASA’s Terra satellite. At the time of this image, the fire had burned about 16 square kilometers (6 square miles). By August 3, that number had reached 65 square kilometers (25 square miles).

While the fire did not pose an immediate risk to Holden Village, it did threaten the village’s only evacuation route through Lucerne, according to InciWeb. As a precaution, hundreds of staff were evacuated from the village. Meanwhile, some hikers had to make alternate plans after the closure of fire-affected segments of the Pacific Crest Trail.

A wildfire in north-central Washington led to evacuations in a nearby village and closures along the Pacific Crest Trail.