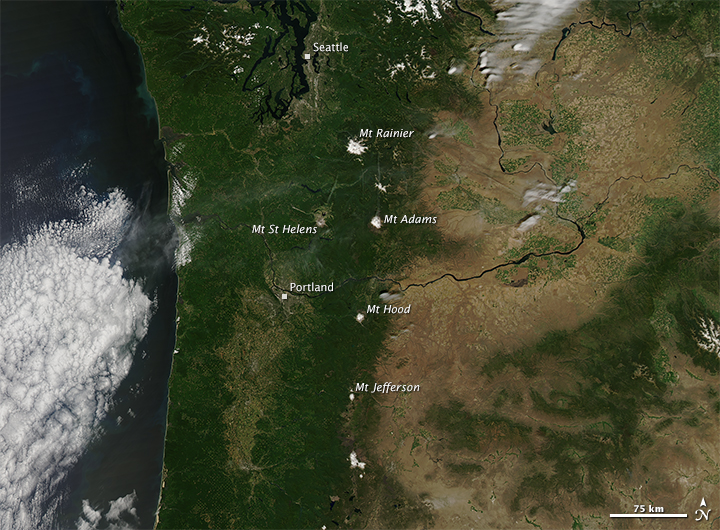 The seasonal snowpack in Washington state was completely gone by June 9, 2015, about a month earlier than normal, according to news reports. The U.S. Department of Agriculture reported that western Oregon did not fare well either, with a 2015 snowpack season that peaked at 60 to 90 percent below normal.

On June 11, 2015, Moderate Resolution Imaging Spectroradiometer (MODIS) on NASA’s Aqua satellite acquired this view of Oregon, Washington, and the Cascade and Olympic mountains. White areas on the mountains are primarily glaciers that persist beyond a single melt season.

An earlier image from May 2015 shows that snowpack in Oregon and Washington was already far below normal.

The seasonal snowpack on peaks in the Pacific Northwest has melted away.