New Island in the Ring of Fire 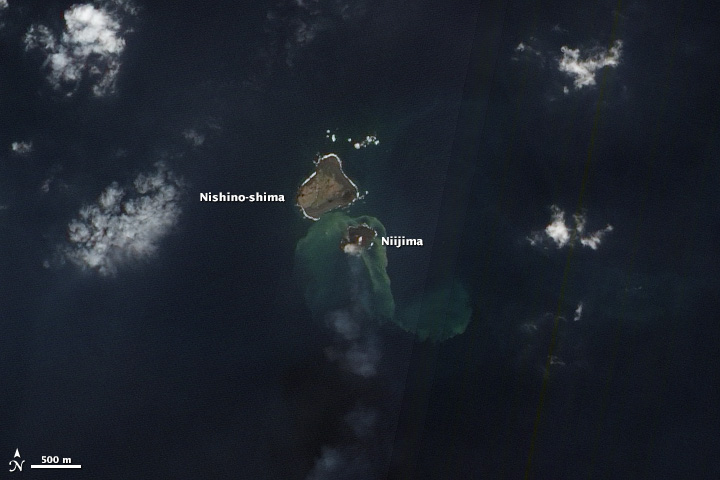 Volcanic activity along the western edge of the Pacific “Ring of Fire” gave rise to a tiny island in late November 2013. Located in the Ogasawara Islands, part of the Volcano Islands arc, the new islet sits about 1,000 kilometers (600 miles) south of Tokyo in waters considered part of Japanese territory.

The Advanced Land Imager (ALI) on NASA’s Earth Observing-1 (EO-1) satellite captured this natural-color image on December 8, 2013. The water around the island is discolored by volcanic minerals and gases and by seafloor sediment stirred up by the ongoing volcanic eruption. The faint white puffs above the center and southwest portion of the island are likely steam and other volcanic gases associated with the eruption.

The new island (or “Niijima” in Japanese), rose up out of the sea during a volcanic eruption first reported on November 20, 2013. The new island sits about 500 meters from Nishino-shima, another volcanic island that last erupted and expanded in 1973–74. The two islands are located at approximately 27°14’ North latitude and 140°52’ East longitude, about 130 kilometers (80 miles) from the nearest inhabited island.

In the first few days after the eruption, scientists speculated that the new island might not last. New formations like those recently formed off of Pakistan and in the Red Sea can naturally sink back below the water line as they are eroded by wave action that carries away loose sediment, mud, and tephra (volcanic rock fragments). Some subsidence can also occur from the simple weight of gravity and the cooling of the hot rock.

But according to news reports, the new island is still erupting and growing. Scientists from the Japan Meteorological Agency think the island is large enough to survive for at least several years, if not permanently. By early December, it had grown to 56,000 square meters (13.8 acres), about three times its initial size. It stands 20 to 25 meters above the sea level.

Below are two aerial photographs taken by the Japan Coast Guard (JCG) on December 1 (top) and December 13, 2013. The JCG also shot some video clips that you can see here. 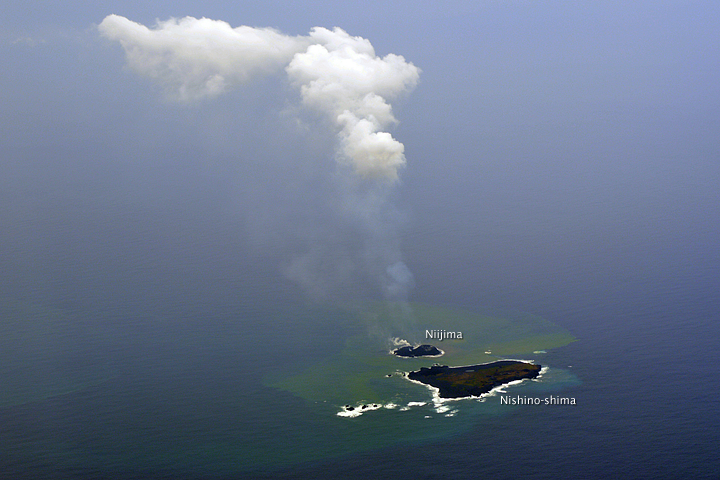 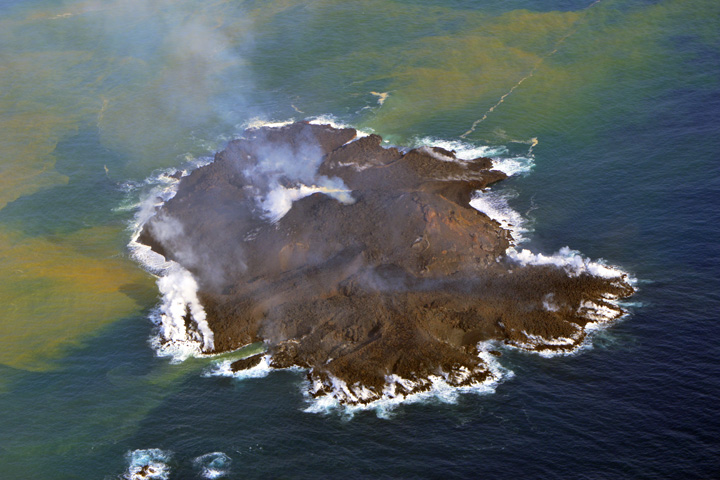 The EO-1 satellite captures a view of the new volcanic island that formed in November 2013 near Nishino-shima Volcano. 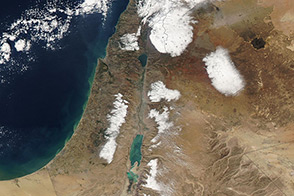 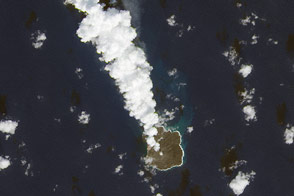