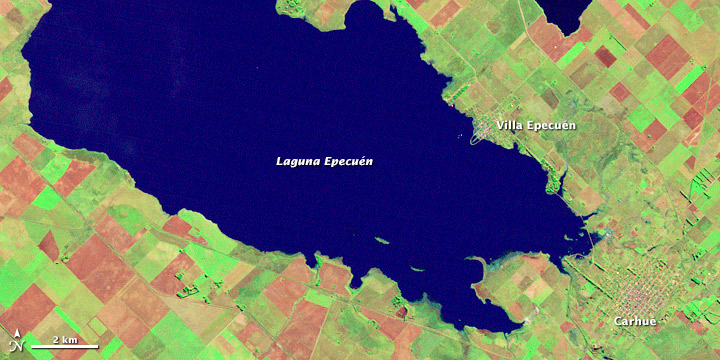 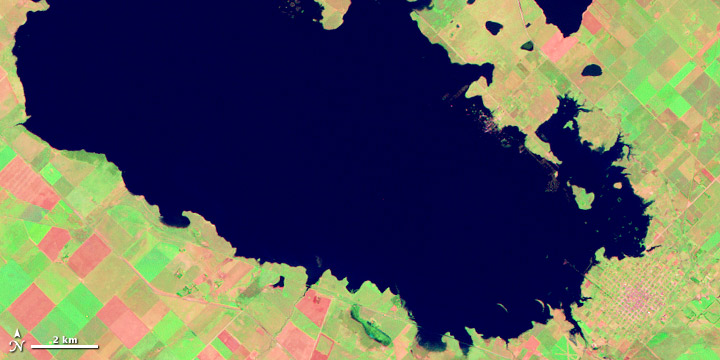 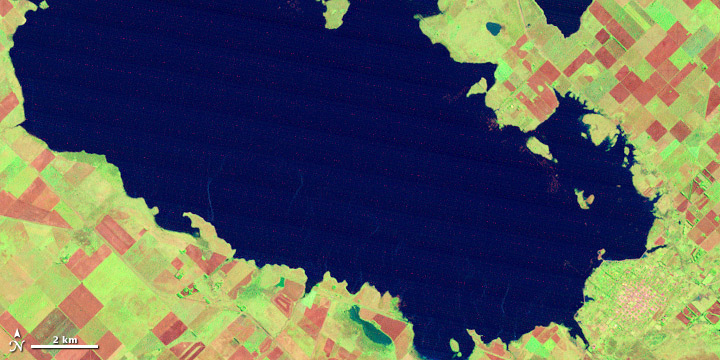 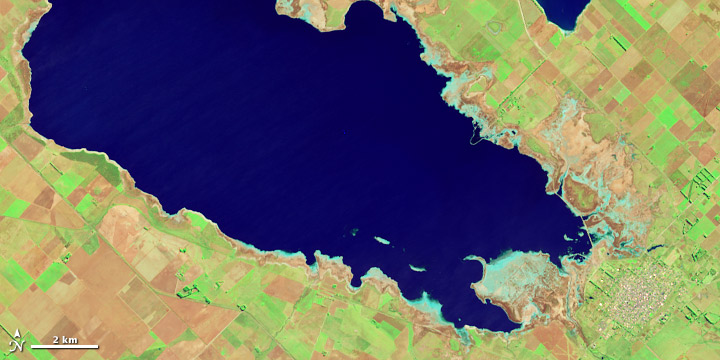 Amidst the daily ups and downs of the weather, we come to expect certain patterns: summer is warm, winter is cold, deserts are dry, the tropics are wet. Single events—a heat wave or a torrential downpour—may swing out of the norm but, for the most part, we know what to expect.

However, sometimes there are kinks in this predictable rhythm—multi-decadal variations in rainfall or temperature when “normal” is not what it used to be. Epecuén, Argentina, recently experienced such a multi-year swing.

In the 1920s, a resort town boomed on the shore of Lake Epecuén. The lake is salty, and people found that soaking in its waters seemed to have a restorative effect. Tourists flocked to the spa town for decades until the climate began to get wetter in the 1980s. Lake Epecuén has no outlet, so as more and more rain fell, the lake grew. After a particularly severe storm on November 10, 1985, Lake Epecuén burst through a dyke and flooded the town. Eventually, Epecuén was submerged under 10 meters (33 feet) of salt water.

This series of false-color (shortwave infrared, red, and green) images from the Landsat satellites captures the change in water levels that doomed the town. The 2013 image is from the Landsat 8 satellite and all of the other images are from Landsat 5. Plant-covered land is green; bare or charred agricultural fields are pink; and the exposed shoreline is tan.

The top image shows the town in 1985 when the dykes still held the water back. In the next image (May 1986), the outline of Epecuén is faintly visible beneath the water. An analysis of rain gauges revealed an increase in rainfall starting in the mid-1970s. The wetter pattern lasted until the early 2000s. The third image, from 1993, shows how the lake grew throughout the wet period.

Drier conditions set in during the mid to late 2000s, including one of the worst droughts Argentina had experienced in decades. At Lake Epecuén, evaporation and warmer temperatures combined with a new series of canals to reduce water levels. By 2013, the town of Epecuén had largely emerged as dry land, its buildings in ruins and coated in salt. The tan ring around the lake in the last image shows former water levels.

A change in rainfall patterns drowned this resort city in Argentina.