A Persistent Plume over the Red Sea 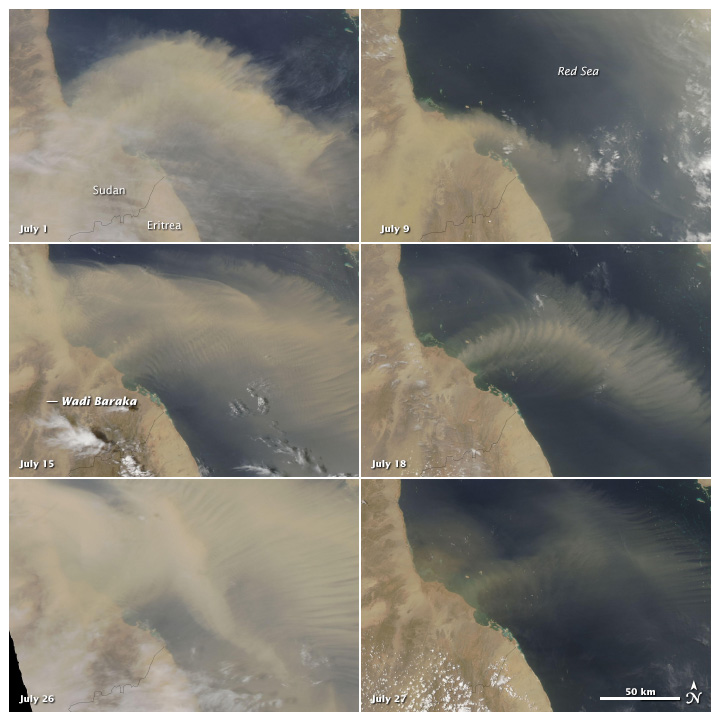 Nearly every day in July 2013, the Moderate Resolution Imaging Spectroradiometer (MODIS) on NASA’s Aqua and Terra satellites observed dust blowing from Sudan over the Red Sea. On some days, the sea was cloaked in a cloud of yellow. On other days, distinct plumes stretched out over the water. On the clearest days, the dust cast a faint haze across the atmosphere. In almost every instance, the storms showed a distinctive pattern: Dust blew east over the water, then took a sharp turn to the south. The pattern is interesting not because it’s unusual, but because it’s so consistent.

Why is there so much dust in the air? Summer weather patterns—and dust storms—in Sudan are dominated by moist air from tropical rainforests to the southwest. As summer progresses, the moist air gradually moves north and east, eventually reaching the extremely hot, arid north. As the moist air warms, it rapidly rises and forms powerful thunderstorms with strong winds that sweep dust across the country.

The other ingredient in Sudan’s dusty summer is water. In this parched landscape, water flows intermittently, with lakes and streams forming in the wet season and disappearing in the dry season. The evaporating water leaves fine dust that is easily picked up by the wind, so dust sources are mostly associated with former lakebeds or wadis. The persistent dust plumes shown in the images above mostly originate from the web of streams and wetlands associated with the Wadi Baraka.

The southward curve of the dust over the Red Sea is due to winds. The dust blows east on the winds that control Sudan’s summer weather. But once the plume is over the Red Sea, it encounters air moving southeast. During the summer months, wind blows consistently southeast along the length of the Red Sea.

Dust storms are a regular occurrence along the arid shores of the Red Sea. But why do they all seem to have the same shape? 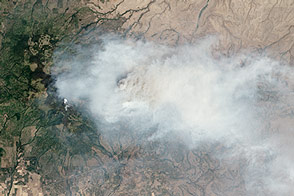 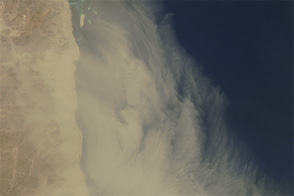