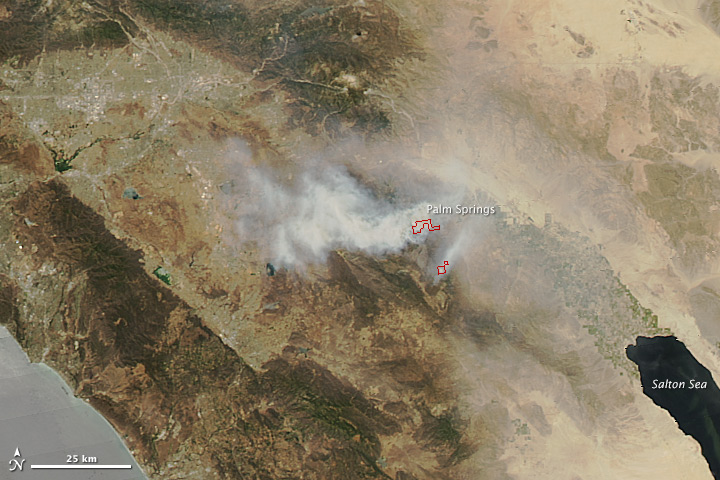 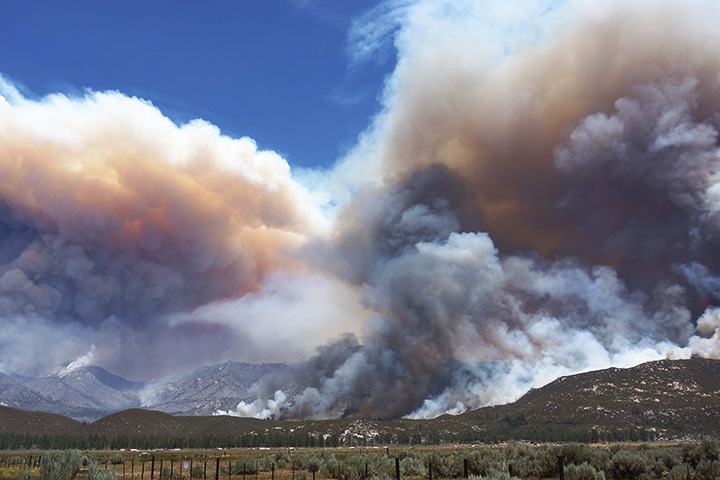 The fire started on July 15, 2013. By July 18, it had burned nearly 25,000 acres (10,000 hectares), forced the evacuation of thousands of people, and destroyed at least seven homes. The lower image, a photograph taken by a U.S. Forest Service employee, shows the fire as seen from California State Route 74 on July 17. 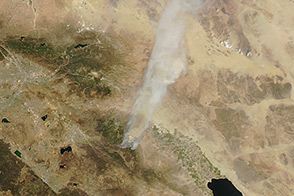 On July 16, 2013, the Aqua satellite captured this image of a fire burning in southern California.