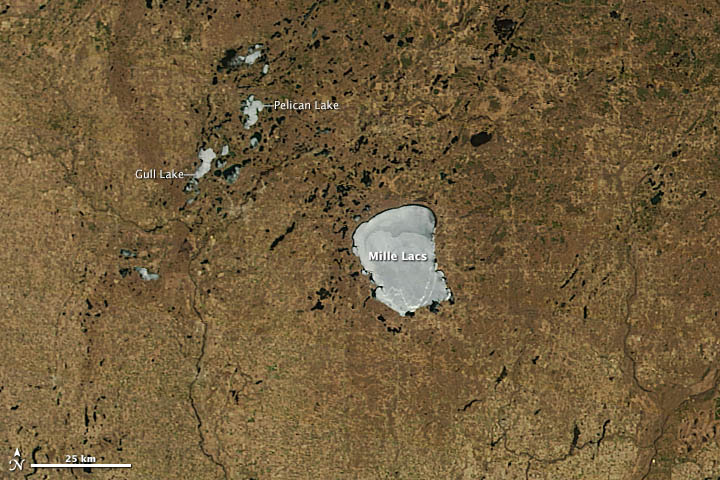 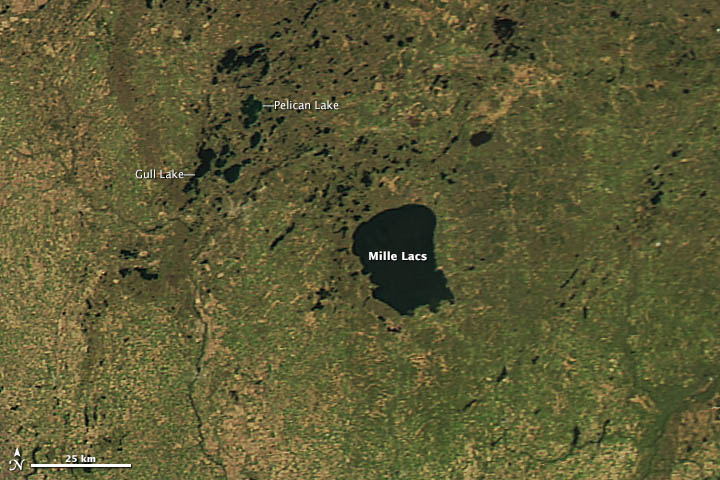 By mid-May, the lingering ice had broken or nearly broken numerous “ice-out” records. Through 2012, May 15 was the latest ice had ever persisted on Mille Lacs, the second largest lake in the state. In 2013, the lake still had ice on May 16; the median ice-free date for Mille Lacs is April 25. (Turn on the image comparison tool to see what the lake looked like in May 2009, a more typical year.)

Nearby Osakis Lake—which has ice-out records that extend back 144 years, the longest of any lake in the state—nearly broke its ice-out record as well. In 2013, Osakis went ice-free on May 13, just a day earlier than the record (which was set on May 14, 1950).

“It’s quite a contrast from last year, when we saw most lakes set record-early ice-out dates,” said Pete Boulay, Minnesota’s assistant state climatologist. “I’ve been scrambling to make sure that we get the ice-out dates nailed down and recorded accurately because this has shaped up to be a year that I suspect we will refer back to for decades.”

A cool spring left several lakes in northern Minnesota covered in ice, weeks beyond the norm.

An ice shove on Dauphin Lake damaged numerous homes on May 10, 2013.