Dust across the Mediterranean Sea 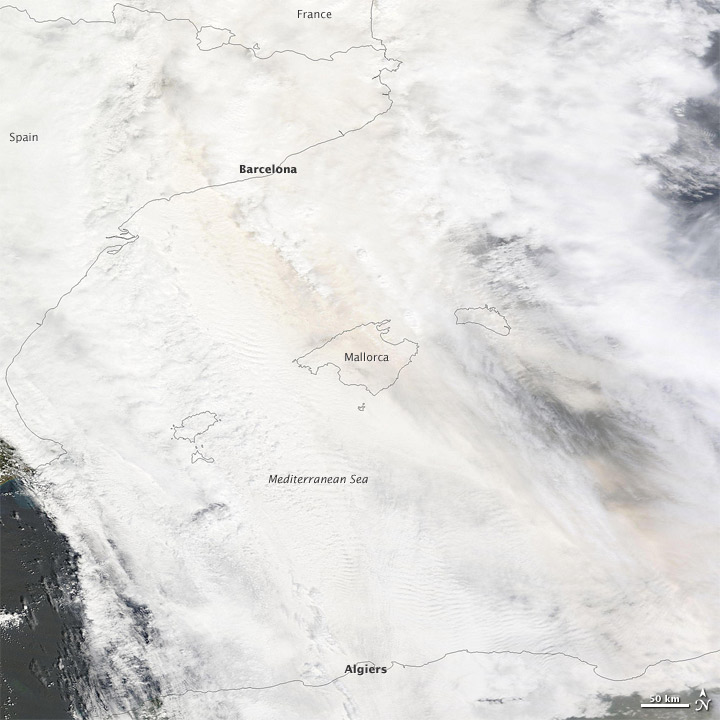 In late April 2013, a cloudbank stretched across the Mediterranean Sea from northern Algeria to southern France. But the clouds were not pristine; Saharan dust streaked the clouds, extending hundreds of kilometers from southeast to northwest. One especially noticeable dust plume passed over the island of Mallorca.

The sand seas of the Sahara Desert provide ample material for dust plumes, and dust storms rank among the most frequent natural hazards for many northern African countries. Weather fronts often stir dust, and the same weather front that brought clouds to this region in late April likely also raised the dust. 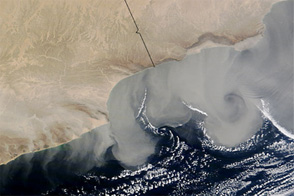 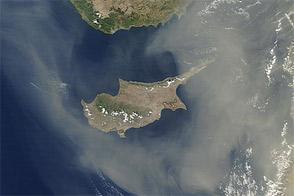