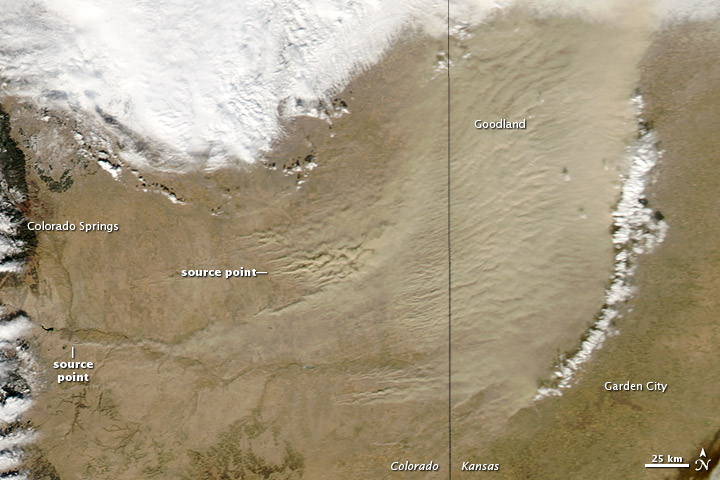 A cold front pushed eastward across the continental United States in early 2013, passing through Colorado on January 11. Ahead of the cold front, a dust storm arose along the Colorado-Kansas border. The Moderate Resolution Imaging Spectroradiometer (MODIS) on NASA’s Aqua satellite captured this natural-color image on January 11, 2013.

Although the dust was thickest in western Kansas, many of the source points for the storm were in Colorado. One dust plume arose roughly 70 kilometers (40 miles) south of Colorado Springs. In Kansas, the eastern edge of the dust storm spanned 240 kilometers (150 miles) and the dust was thick enough to completely hide the land surface below, especially east of Goodland. Salina.com reported that the blowing dust reduced visibility to a quarter of a mile (0.4 kilometers).

Dust storms in this region have occurred in the midst of severe, lingering drought. As of January 8, 2013, the U.S. Drought Monitor described drought conditions in western Kansas and southeastern Colorado as “exceptional.” A smaller dust storm struck the same region in November 2012. 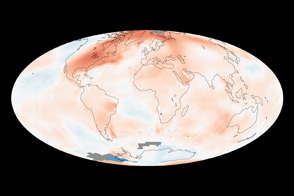 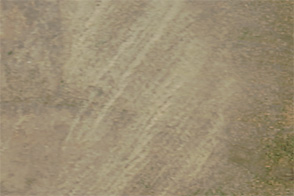 Dust Storm along the Kansas-Colorado Border

Acquired November 10, 2012, this image shows a dust storm along the Kansas-Colorado border. 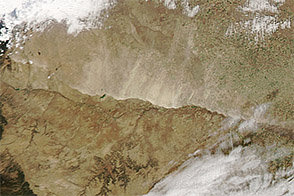 As a cold front swept south through the United States in November 2014, it kicked up this dust storm in eastern Colorado.

Dust Storm over Colorado and Kansas