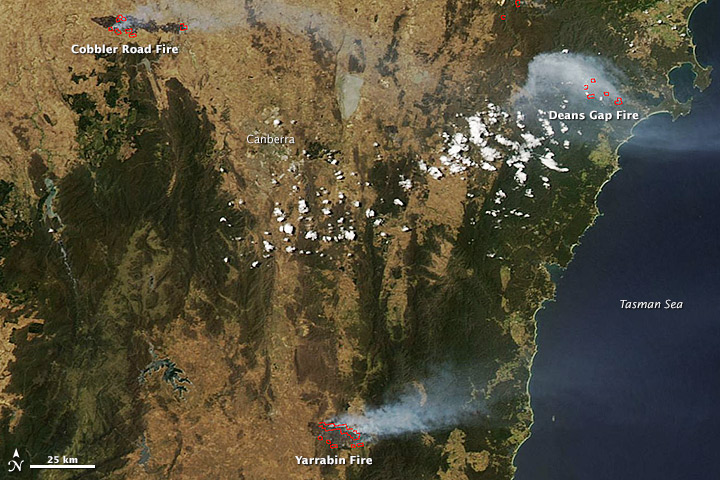 Temperatures cooled somewhat in New South Wales on January 9, 2013, a day after record-breaking temperatures seared Australia’s most populous state on back-to-back days. Despite the reprieve, bush fires continued to rage throughout New South Wales and many other parts of the continent.

More than 80 firefighters were battling the Deans Gap fire, which was burning near Jerrawangala. To the south, the Yarrabin fire, approximately 20 kilometers (12 miles) east of Cooma, had burned approximately 9,400 hectares (23,000 acres). Meanwhile, the Cobbler Road Fire was burning 10 kilometers (6 miles) west of Yass.

Extreme heat and strong winds have fueled the fires. Statistics released by Australia’s Bureau of Meteorology indicated that the average temperature across the country on Tuesday, 40°Celsius (104°Fahrenheit), was the highest ever recorded, exceeding a mark set just the day before. Australian meteorologists were even forced to add extra color bands to their forecast maps to represent the unusually high temperatures. 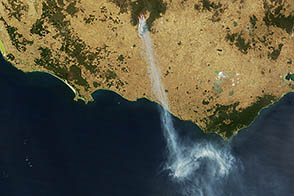 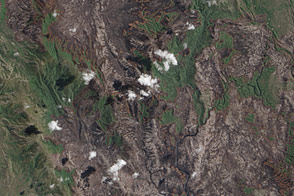