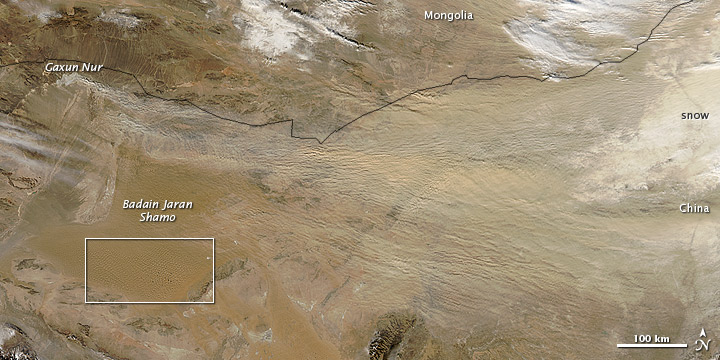 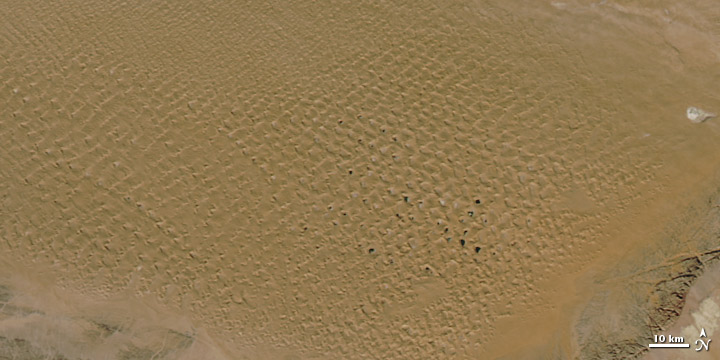 The Gobi Desert stretches over parts of southern Mongolia and northern China. Home to a variety of landscapes, from grassy plain to bare rock to sand sea, this desert is one of the world’s most prolific dust-producing regions. On November 27, 2012, a dust storm struck the Gobi Desert, and the Moderate Resolution Imaging Spectroradiometer (MODIS) on NASA’s Aqua satellite captured a natural-color image the same day.

Both sand seas and impermanent lakes occur along the China-Mongolia border, and dust plumes arose from multiple locations in this region in late November. Some of the dust on November 27 apparently arose from the fine sediments around Gaxun Nur, an impermanent lake just south of the Mongolia border. Those lakebed sediments were lighter in color than the camel-colored dust to the east. Blowing eastward across China, some of the dust likely came to rest on snow cover south of the Mongolia borer.

The top image provides a wide-area view. Despite the dust plumes and clouds, this image includes areas of clear sky, and skies were clear over the Badain Jaran Desert (Badain Jaran Shamo) of northern China. The bottom image is a close-up of the area outlined in white in the top image. The Badain Jaran Desert boasts some of our planet’s most complex sand dune features, although this desert did not appear to supply much material for the November 27 dust storm.

In late November 2012, a dust storm struck the Gobi Desert of China and Mongolia. 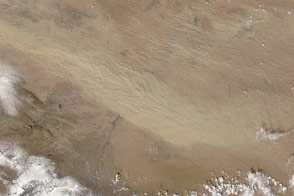 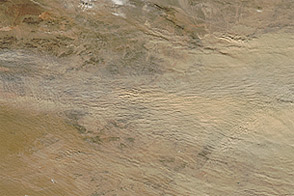 Acquired April 29, 2011, this natural-color image shows a dust storm blowing out of the Gobi Desert. 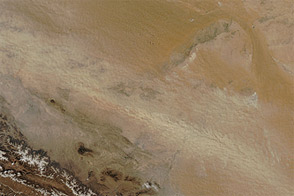 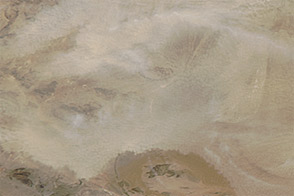 In this photo-like image of the Gobi Desert from March 14, 2009, two streams of dust appear, the northern plume skirting the Mongolian border.