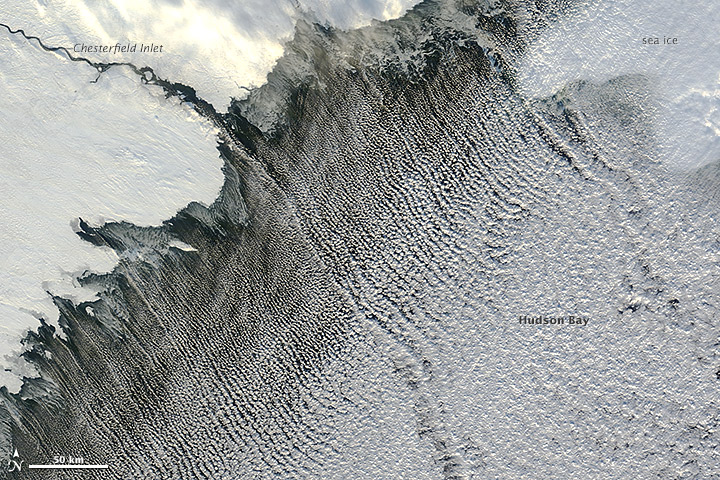 Cloud streets—long parallel bands of cumulus clouds—form when cold air blows over warmer waters, while a warmer air layer (or temperature inversion) rests over the top of both. The comparatively warm water gives up heat and moisture to the cold air above, and columns of heated air called thermals naturally rise through the atmosphere.

The temperature inversion acts like a lid. When the rising thermals hit it, they roll over and loop back on themselves, creating parallel cylinders of rotating air. As this happens, the moisture in the warm air cools and condenses into flat-bottomed, fluffy-topped cumulus clouds that line up parallel to the prevailing wind.

Cloud streets can stretch for hundreds of kilometers if the land or water surface underneath is uniform. Sea surface temperature need to be at least 21°C to 22°C degrees (39°F to 41&degF) warmer than the air for cloud streets to form.