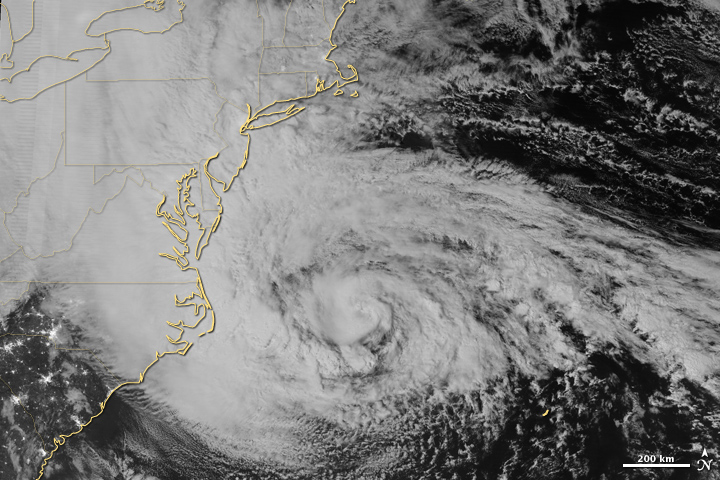 This image of Hurricane Sandy was acquired by the Visible Infrared Imaging Radiometer Suite (VIIRS) on the Suomi NPP satellite around 2:11 a.m. Eastern Daylight Time (06:11 Universal Time) on October 29, 2012.

The storm was captured by a special “day-night band,” which detects light in a range of wavelengths from green to near-infrared and uses filtering techniques to observe dim signals such as auroras, airglow, gas flares, city lights, fires, and reflected moonlight. In this case, the cloud tops were lit by the full Moon. Some city lights in North Carolina and South Carolina are also visible through the clouds.