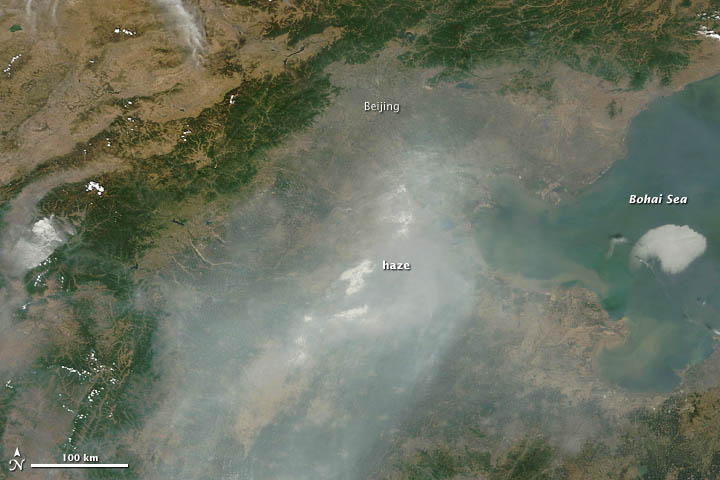 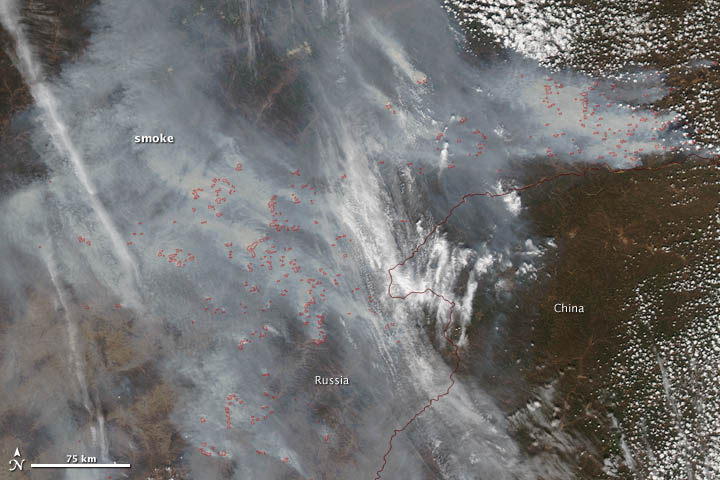 A heavy layer of haze hung over northern China on May 10, 2012, when the Moderate Resolution Imaging Spectroradiometer (MODIS) instrument on NASA’s Terra satellite captured this image. Haze is common in this region, where people rely on coal for electricity and heat, and dust often blows in from the east, as well.

Numerous fires burning west of Lake Baikal in recent weeks have likely exacerbated the poor air quality in China. MODIS observed plumes of smoke billowing into the air from wildfires on May 7 and May 8, 2012 (above). According to the Russian news agency ITAR-TASS, more than 72 fires were still burning roughly 23,000 hectares of forests in Siberia as of May 14.

A blanket of haze, likely fueled in part by wildfires in Russia, hung over China in early May.

Thick haze hung over central China on May 29, 2007. The haze was so thick that little of the landscape below is visible. The forested Dabie Mountains, an important source of bamboo in the country, stand out from the gray haze and the olive-colored plains to the north.